A defeated Democrat abruptly dropped her bid Wednesday to overturn her six-vote loss for a House seat from Iowa, abandoning what loomed as a long legal and political battle in the face of shaky support from her own party.
Listen now to WTOP News WTOP.com | Alexa | Google Home | WTOP App | 103.5 FM

WASHINGTON (AP) — A defeated Democrat abruptly dropped her bid Wednesday to overturn her six-vote loss for a House seat from Iowa, abandoning what loomed as a long legal and political battle in the face of shaky support from her own party.

In a statement, Rita Hart said she was abandoning her effort to have the Democratic-controlled House award her the seat, blaming a “toxic campaign of political disinformation” that she said had “effectively silenced the voices of Iowans.” While her campaign said it found 22 uncounted ballots, enough to make her the winner, she said she’d made her decision following “many conversations with people I trust about the future of this contest,” whom she did not identify.

“It is a stain on our democracy that the truth has not prevailed and my hope for the future is a return to decency and civility,” Hart wrote. Her barbs were aimed at Republicans who strenuously fought her effort to reverse her loss.

Freshman Rep. Marianette Miller-Meeks, the victorious Republican, thanked Hart in a one-paragraph statement. In January, Miller-Meeks was sworn into the southeastern Iowa seat, vacated by a retiring Democrat, while Hart pursued her challenge.

“I know how extremely difficult it is to lose an election, but for the people to have faith and confidence in the election system and Iowa laws, it was gracious of her to concede at this time,” Miller-Meeks said.

Hart’s appeal to the House ran smack into reluctance by some within her own party to do what they vehemently opposed doing just months ago — reversing Donald Trump’s presidential election defeat by overruling state-certified election results.

It also came as a battle over voting rights is escalating around the country. Republicans enacted a strict new voting law in Georgia and have pushed other restrictive bills in other states, feeding off Trump’s false assertions of rampant election fraud. Congressional Democrats have responded with H.R. 1, a House-passed bill that has stalled in the Senate that would essentially override many state curbs and make voting easier.

Miller-Meeks initially won on Election Day by 47 votes, a margin that was trimmed to six in a recount Hart demanded and then officially certified by bipartisan Iowa officials. Citing the 22 uncounted ballots, Hart filed her challenge with the House, which under the Constitution decides such disputes.

Republicans relentlessly battered Hart and House Speaker Nancy Pelosi, D-Calif., for pursuing the case, arguing that Democrats were trying to steal an election they’d rightfully lost. Most Republicans making that argument — including House Minority Leader Kevin McCarthy, R-Calif., and a majority of House GOP lawmakers — backed Trump when he fought for weeks to undo his own state-certified defeat.

“Pelosi’s attempted power grab failed. And Iowans and America are better off because of it,” McCarthy, who appeared with Miller-Meeks in Iowa Wednesday, said in a written statement.

Rather than pursuing her case in Iowa courts, Hart immediately asked the House to examine the balloting, asserting she lacked adequate time for a court challenge.

Though she had the right to do that, Republicans accused her of taking her case to the House because Democratic control there increased her chances of winning.

Democrats said there was no comparison between Trump’s unfounded election challenge and Hart’s, whose team produced sworn affidavits from the voters whose ballots weren’t counted. And party leaders including Pelosi defended Hart’s right to have the House reexamine the voting and award her the seat.

But at least seven Democratic lawmakers publicly voiced reluctance to back her, and some party officials said opposition was even more widespread than that. Those numbers would have been more than enough for Hart to lose a vote of the full House, which her party controls by just 219-211, with five vacancies.

Democratic unease over backing Hart was intensified by the Jan. 6 attack on the Capitol by Trump supporters who disrupted Congress as it was counting the Electoral College votes that produced now President Joe Biden’s victory. That assault resulted in five deaths.

Rep. Elissa Slotkin, D-Mich., speaking last week to Yahoo! News, cited GOP efforts to override Trump’s defeat, including by rioters who used “violence to stop us from certifying an election.” She added, “I can’t turn around and vote to decertify something that’s been stamped and approved in Iowa.”

Pelosi’s office did not immediately issue a statement.

But Rep. Zoe Lofgren, D-Calif., chairperson of the House Administration Committee, acknowledged Hart’s withdrawal. That panel had begun examining the case, including collecting legal briefs from both sides, and the wrangling seemed likely to last at least into summer.

“There being no contestant, there is no longer a contest, and the Committee will, accordingly, recommend that the whole House dispose of the contest and adopt a dismissal resolution reported out by the Committee,” Lofgren said in a statement.

Rep. Sean Patrick Maloney, D-N.Y., who leads the Democratic Congressional Campaign Committee, said he respected Hart’s decision but cast it in the broader context of voting rights battles around the country.

Maloney, whose committee helps run his party’s House campaigns, accused Republicans of “throwing up roadblocks to the ballot box at every turn” and said Democrats “will always fight to ensure every American can vote and that every legal vote is counted.”

Mike Berg, spokesman for the National Republican Congressional Committee, said they were glad Hart “admitted the truth” that Miller-Meeks had won and added, “We won’t let voters forget that Democrats will do whatever they can to subvert democracy if given the opportunity.”

Miller-Meeks’ win was the narrowest House election since the Democratic-led chamber awarded a disputed Indiana seat to a Democrat by four votes after the 1984 election.

David Pitt contributed to this report from Des Moines, Iowa. 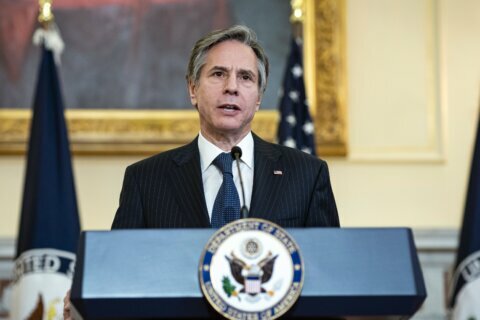 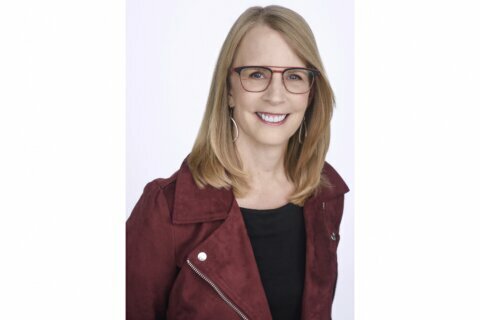 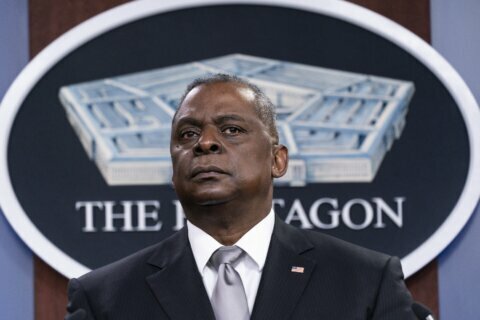