Thousands who paid for ‘get-rich-quick’ training program can have debts wiped out, FTC says

Thousands of people who shelled out big bucks for online training programs that promised to teach them how to make money in the stock market will have their debts wiped out as part of a settlement between the Online Trading Academy and federal authorities.
Listen now to WTOP News WTOP.com | Alexa | Google Home | WTOP App | 103.5 FM

Thousands of people who shelled out big bucks for online training programs that promised to teach them how to make money in the stock market will have their debts wiped out as part of a settlement between the Online Trading Academy and federal authorities.

The Federal Trade Commission said the programs offered by the Online Trading Academy were part of a deceptive “get-rich-quick” scheme that targeted older people.

As part of a settlement with the FTC announced in a news release Tuesday, the company will be required to offer debt forgiveness to thousands of consumers who bought the bogus training programs, some of which cost as much as $50,000.

The company’s founder, Eyal Shachar, has been ordered to pay back more than $8 million and give up a private airplane and several other luxury vehicles.

“OTA pitched a get-rich-quick investment strategy using fake or unrepresentative testimonials, depictions of wealth, and implied promises of profits,” said Andrew Smith, the director of the FTC’s Bureau of Consumer Protection, in a statement.

“OTA had no support for its lavish earnings claims, and that’s illegal.”

OTA has dozens of locations across the U.S., including in Elkridge, Maryland, and Vienna, Virginia.

The FTC sued the company in February, alleging the company had deceived customers for years by promising to teach them a “patented strategy” for generating money in the financial markets “whether it’s going up, down or sideways.”

The company filled its sales pitch with testimonials and hypothetical trades showing big profits, the FTC said. In addition, salespeople for the company were represented as “educational counselors,” who were themselves purportedly successful traders who had amassed great wealth.

The FTC said, in fact, several pitchmen for the company admitted to federal investigators they didn’t make significant money trading.

When customers “realized the truth” and asked for refunds, the company tried to stop them from reporting wrongdoing to law enforcement or even posting negative reviews online, the agency said.

Over the past six years, the company had collected more than $370 million from customers.

In the settlement, the company agreed to forgive the debts accrued by customers for the academy’s programs. People who are eligible for the debt forgiveness will get an email and a letter from the company about the debt-forgiveness process. OTA also has to delete the debt from customers’ credit reports within 60 days.

For every dollar of debt forgiveness accepted by former OTA customers, the amount that the company founder is required to pay back will be cut by 70 cents — up to $4 million.

Instead, Shachar will be required to pay $8.3 million and surrender a Cessna 400 airplane, a 2006 Bentley Mulsanne, a luxury motor home, a Cadillac Escalade and six minivans.

Two other company officials are ordered to pay hundreds of thousands of dollars and to surrender vehicles. 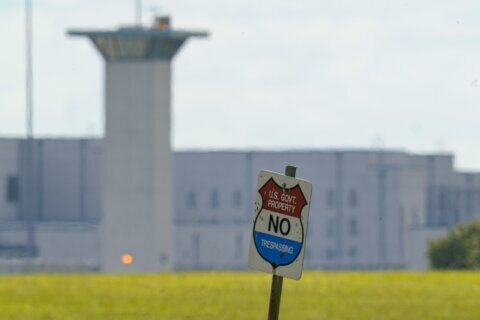