“You’ll find that the Democratic AGs are more on the line of D.C., where they really care about common-sense gun laws,” said Karl Racine, D.C.’s attorney general.

Monday’s news conference — which was held on the rooftop deck of a building overlooking the White House — was organized by the Democratic Attorneys General Association after President Trump, they said, held a meeting on gun and school safety but only included Republican attorneys general.

Maryland Attorney General Brian Frosh touted his state’s gun laws, which ban what are considered “assault weapons.” The list of banned weapons include the AR-15, which was the weapon used by the high school shooter in Parkland, Florida.

Maryland’s law also puts restrictions on the sale of ammunition magazines that have a capacity of more than 10 rounds. In addition, people looking to buy a handgun in the state must get a license; and to do so, an individual must undergo a criminal background check and have their fingerprints taken.

“Our gun laws are strong and working effectively,” Frosh said.

After the Feb. 14 shooting that left 17 people dead at Marjory Stoneman Douglas High School, gun rights supporters like the National Rifle Association placed some of the blame on a broken mental health system. The NRA also believes an inability to provide proper school security needs to be addressed.

One solution that Trump has proposed is allowing some teachers and school staff with gun training and concealed weapons permits to be allowed to carry their weapons on campus. Frosh disagrees with that proposal.

Mark Herring, Virginia’s attorney general, said much needs to be done to address the issue of gun violence.

“Our gun laws in Virginia are way too weak,” Herring said.

Herring supports an assault weapons ban and universal background checks for people purchasing guns. Herring also wants to see the state revive a law that only allows residents to purchase one gun a month. (After 19 years on the books, the law was repealed in 2012.)

In the nation’s capital, assault weapons are banned and Mayor Muriel Bowser has proposed new legislation to ban bump stocks in the city. Such devices allow a rifle to fire faster than it normally does.

Once through the D.C. Council, the bill would then have to be reviewed by Congress.

“In some ways, Congress will not be able to escape the dialogue in regards to bump stocks,” Racine said.

Trump recently said he also supports an end to the sale of the devices.

In D.C., people can apply for a concealed weapon permit to carry a handgun, but the city lost a lengthy court battle over a provision that required applicants to give “good reason” for needing to carry a weapon. The District, Racine said, made the difficult decision to not take its case to keep the provision to the Supreme Court.

“We thought that the Supreme Court might take the case, and not only reverse the D.C. law but also the laws of many other jurisdictions, including our neighbor Maryland,” Racine said. 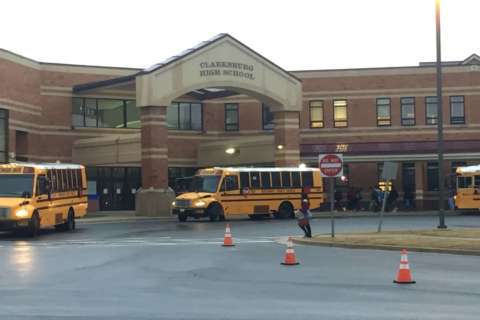 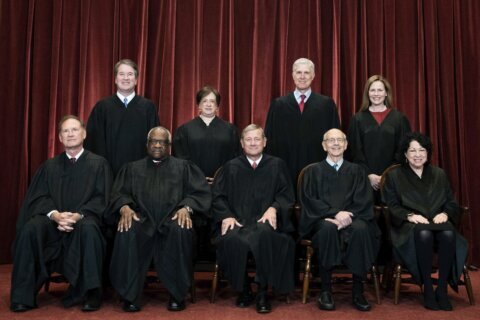