4 major priorities for Congress in 2016

WASHINGTON — As Congress returns to Washington this week and next, questions remain whether the good will and compromise that punctuated December will return or whether the same partisan gridlock that has gripped Capitol Hill in recent years resumes.

The presidential race and the threat of the Islamic State and terrorism will shape the debate.

So, what issues are likely to top Congress’ priority list? WTOP asked the experts.

Robert Guttman, director of the Center for Politics and Foreign Relations at George Mason University, said that running re-election campaigns and sending messages to constituents through proposed legislation will dominate the time and attention of members of Congress this year.

And not much else will get done, especially until the eventual nominees for president are known, he said.

Republicans are likely to maintain control of the House of Representatives. But control of the Senate is less certain and the candidates for president, and their message to voters, could help, or hurt, those running for the upper chamber in November.

In the meantime, Republicans need to show that they can govern, Guttman said.

During Speaker Paul Ryan’s short tenure, he’s demonstrated a better working relationship with the most conservative members of his conference and has said he wants the House to be more inclusive and collegial. If he can do that, it would be a plus for Republican Party and for the Congress. It would make it easier to keep the government open and running and even pass annual spending bills, Guttman said.

For Speaker Paul Ryan, this year is less about the 2016 presidential race and more about setting the stage for his own future presidential aspirations, Guttman said.

Ryan is expected to at least begin work on tax legislation that would overhaul the tax code. The idea of tax reform has general bipartisan support and gives Republicans the chance to lower tax rates and for Democrats to close corporate loopholes.

If Ryan is able to bring about changes to how the House operates and provides a simpler tax code, that would provide him with a platform to run for president, according to Guttman.

Ryan’s passion for tax reform makes it likely that it will be high on the list of priorities for the speaker and lawmakers, says Matt Dallek, assistant professor of political management at George Washington University, who studies U.S. campaigns and presidential power.

“It’s conceivable that the parties could come together around some sort of reform of the tax code especially given the impasse around raising taxes directly,” Dallek said. But it could also unify a fractious GOP conference.

However, he doesn’t expect any major tax changes to be enacted this year.

The issue gives more room for negotiations between the parties, however, because both sides would have opportunities to get some of what they want without appearing as if they gave up too much, he said.

The bill didn’t include controversial language that would have poisoned the legislation for some lawmakers — such as defunding Planned Parenthood. And that compromise could set a precedent and provide room for similar spending negotiations in the future, Dallek said.

“There is a sense that it’s possible to get action on spending,” Dallek said. “Whether Congress can kind of do its most basic work and pass appropriations bills will continue to be significant.”

Those most conservative Republican members have asked that Ryan consult them and give them the opportunity to shape legislation through committee and floor votes. If they get that, those conservative members say, they’ll give Ryan free rein.

“Many people think that they won’t, and sooner or later there’s going to be a blowup and Speaker Ryan is going to have the same problem that Speaker Boehner did,” McConnell said.

Addressing immigration, the violence in Syria, the rise of the Islamic State and homegrown terrorism also will top the congressional to-do list this year, in part in response to constituents and because of election-year politics.

Americans were frightened by the attacks in Paris and San Bernardino, and have let their members of Congress know, McConnell said.

“There’s a demand that we have tighter rules, that we have better procedures for protecting people here at home,” he said.

Congress has already begun to debate whether the United States should expand its military involvement in the fight against the Islamic State.

Some lawmakers want to authorize military force against the militants to ensure the president has the authority to fight ISIS wherever their forces are.

Currently military authorizations date from the Sept. 11, 2001, terror attacks and give the U.S. the authority to go into Iraq and Afghanistan, but don’t cover the current situation in Iraq, where ISIS forces have overtaken some cities in the war-weary nation.

Democrats fear a new military authorization would give the president too much power, McDonnell said.

For Republicans, providing the authorization or similar measures, such as creating no-fly zones in Syria, would show voters that they are taking action to protect the U.S., Dallek said.

It is an election year, after all. 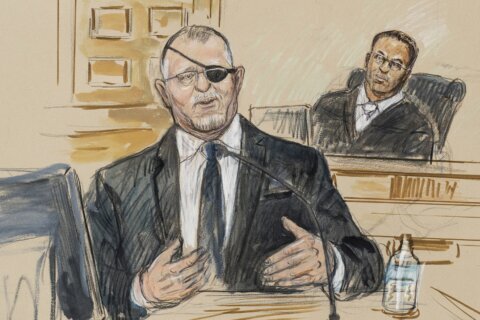