PUERTO VALLARTA, Mexico (AP) — Jon Rahm birdied the last two par 5s and got some help from a couple of poor chips by Cameron Champ to take a two-shot lead into the final round of the Mexico Open.

Rahm, whose last victory was the U.S. Open at Torrey Pines last summer, pumped his fist Saturday when he holed a 12-foot birdie putt on the par-5 18th for a 3-under 68.

He liked how he played tee-to-green. Rahm said he hopes he can see a few more putts drop.

“That one on 18 was the first one outside 10 feet I saw roll in,” Rahm said. “If I can just keep that going and make putts like I did the first two days, I think tomorrow I’ll give myself a really good chance.”

An hour or so before that key birdie on the 18th, Rahm was two shots behind and trying to keep up with Champ, one of the game’s longest hitters whose penetrating ball flight has been ideal for breezy conditions at Vidanta Vallarta,

From just right of the 18th in two, Champ’s chip came up some 15 feet short and he had to settle for par and a 67.

Kurt Kitayama was tied with Champ after a 66 that also featured some late struggles. He was tied for the lead when he blocked his tee shot on the par-3 17th so far to the right that it ran across a cart path onto a dirt lie under the trees. He did well to make bogey.

Then, the former UNLV player with two European tour wins had 109 yards to the par-5 18th and came up 25 feet short, having to settle for a par.

Rahm had two eagle chances on the par-5 sixth (20 feet) and the reachable par-4 seventh (15 feet) and settled for birdies. He drove into the water on the tough 10th and made bogey, and Champ pulled ahead with a birdie on the par-5 12th, and then briefly stretched his lead to two shots with a long up-and-down from right of the green on the par-5 14th.

“I feel like I haven’t had everything there. My iron game, you know, I’ve hit a few shaky shots, but I’ve just been able to get around and score,” Champ said. “I love it here. It suits me well. I love the wind. Just excited for it.”

Rahm wasted a birdie chance on No. 12 with a short birdie putt he missed. But on the 14th, he got up-and-down for birdie and then played solidly the rest of the way, closing out his round with a birdie.

It will be the seventh time Rahm has at least a share of the lead going into the final round. He has only converted one of the previous six chances on the PGA Tour, though that doesn’t account for his withdrawal from the Memorial last year when he had a six-shot lead and couldn’t play the final round because of a positive COVID-19 test result.

This figures to be a little tougher with only at two-shot margin, and with five players within three shots of the lead.

Riley, the PGA Tour rookie out of Alabama, lost in a playoff at Innisbrook this year. Rodgers is part of that high school graduating class with Jordan Spieth and Justin Thomas. He was a prolific winner at Stanford, but has yet to win on tour.

Rodgers sounded patient about his approach to playing Vidanta Vallarta, and about winning. He hopes to use some advice he received from Jack Nicklaus, whom he first met in 2014 when Rodgers won he Jack Nicklaus Award as the nation’s top NCAA player, and in recent times at the Bear’s Club in south Florida.

“It was really surprising to hear him say it, but he said he never tried to win a golf tournament,” Rodgers said. “Obviously, he got his fair share. He just tried to do his part and manage what was under his control and trust it would fall his way in the end, so I definitely need to listen to that advice as I take on this challenge tomorrow.” 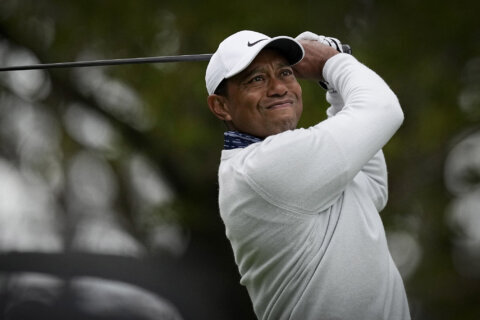 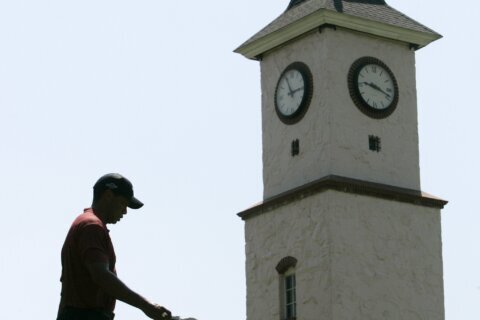 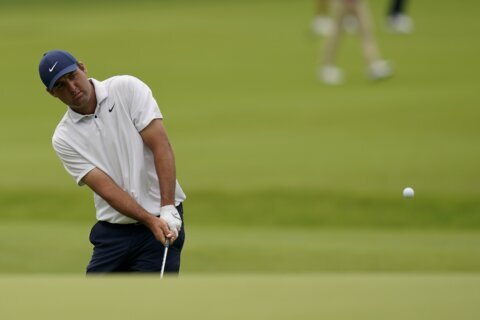