Koepka said pulling out on the 13th hole at East Lake on Saturday was a precaution.

Koepka was 16 shots behind when he pushed his tee shot on the 10th hole under a tree. He says he hurt his wrist when the club hit a tree root. He three-putted for bogey, made par on the next two holes and then after getting out of a fairway bunker, hit a wedge well to the right of the 13th green and decided to withdraw.

Koepka was among six players who earned automatic spots on the U.S. team, taking part in a dinner with Ryder Cup captain Steve Stricker on Wednesday to discuss pairings and potential captain’s picks to fill out the 12-man team.

The Ryder Cup is Sept. 24-26 at Whistling Straits.

Koepka was coming off a win in Japan toward the end of 2017 when he had a partial tear of a tendon in his left wrist that he didn’t discover until the first week of the year on Maui.

He was in a soft case for two months, didn’t touch a club for 91 days and even missed the Masters. Six weeks after returning, he won the U.S. Open for the second straight year.

Koepka also has missed time with an ankle injury and most recently a knee injury in South Korea in October 2019 that caused him to miss the Presidents Cup.

The injury, depending on how severe, is the latest piece of uncertainty for the U.S. team. Patrick Reed, whose tough short game has been key for the Americans in the last three Ryder Cups, was hospitalized for five days for double pneumonia in the lower lobes of his lungs.

He only returned to play this week at East Lake, and while he says he will be at full health in time for the Ryder Cup, it’s a question for Stricker whether to use a pick on him.

Koepka and Bryson DeChambeau have been engaged in a petty exchange played out on social media that has resulted in DeChambeau getting heckled with calls of “Brooksie.” 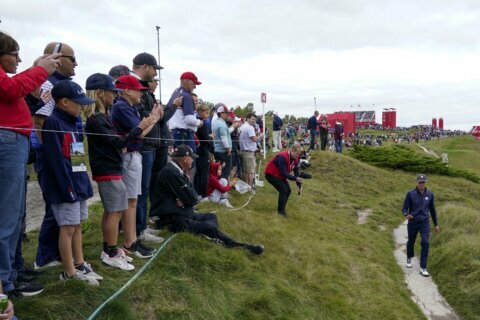 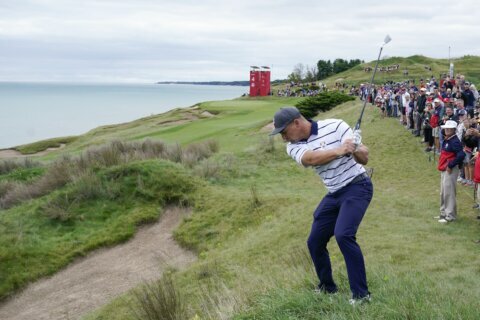 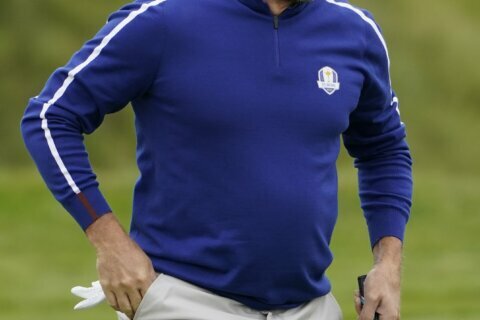