Column: Another long road back for slumping Henrik Stenson

PALM HARBOR, Fla. (AP) — The tee markers at the Valspar Championship were paint cans, except they were filled with sand. This would have been useful information for Henrik Stenson, known to take out his frustrations on inanimate objects.

That was never going to be an issue at Innisbrook.

Sure, the frustration level is high. Five years removed from his summer of silver — a claret jug at Royal Troon, an Olympic medal in Rio de Janeiro — the Swede has not finished in the top 20 in the 23 individual tournaments he has played worldwide since ending 2019 with a victory in the Bahamas.

He knows he’s not playing well. His temper is more likely to flare when he is.

Stenson had a wry smile when he walked off the Copperhead course on Saturday after a 72 and said with his dry humor, “You want to talk after seeing signs of greatness?”

At least he was still playing on the weekend. He had missed six straight cuts until a tie for 38th in the Masters, and then he played all four rounds at the Valspar Championship. Any progress is welcome.

Stenson headed home to Orlando for two weeks of what he referred to as “training camp.” His swing coach, Pete Cowen, who already has helped him emerge from two previous slumps in his career, will be at his side. His sports psychologist is coming the second week. His putting coach, Phil Kenyon, is still stuck in the U.K.

“I’m going to have some peace and quiet to work things through and set it off in the right direction,” Stenson said. “It’s a little better, but still nowhere near where I need to be in terms of striking and confidence. We haven’t done the right things over time, and then you end up in a place where you compensate for compensations. After a while, you don’t know what’s up and down.

The world ranking is way down. Stenson reached as high as No. 2 in the world in 2014, the year after he captured the FedEx Cup and the Race to Dubai in the same season. Now he is at No. 124. He will return in two weeks for the PGA Championship at Kiawah Island before a four-week stretch that takes him from Texas to Germany to Sweden to San Diego, ending with the U.S. Open.

This is the last year he is exempt for the U.S. majors from his epic duel with Phil Mickelson at Royal Troon, where Stenson set the major championship scoring record at 264.

This is not the first time Stenson has had to pull himself out of the depths.

He made only eight cuts in 26 straight events in 2002-03 that plunged him to No. 621 in the world. Three years later, he holed the clinching putt at the Ryder Cup in Ireland. Stenson reached No. 5 in the world before going through another bad spell not long after winning The Players Championship in 2009. This time, he fell as low as No. 230 before climbing out again.

“I’ve gotten him out of deep (stuff) twice,” Cowen said over the weekend.

The first one was a total rebuild from when Stenson had the yips so bad he walked off the course, worried one of his shots might hurt someone. Cowen worked on a percentage basis and said he made $50 for two years. It was hard to tell if he was kidding.

What makes this project more demanding is Stenson turned 45 in April. He is a major champion, an Olympic silver medalist and a five-time Ryder Cup player, winning all three of his matches in the last one.

His biggest concern for Stenson is the driver, or lack of one. Stenson long has relied on a 3-wood that he bludgeons with great effect. Cowen said the driver is only an inch longer, with 3 degrees less loft. It shouldn’t be a problem to hit, and he doesn’t understand the mental block.

Regardless, Stenson is giving up distance to players nearly half his age. He used to get by just fine. Now it’s getting harder because everyone is getting younger, longer, better.

“He’s got to be able to hit driver,” Cowen said. “Without that, he’s got to play better than the rest just to compete. That’s the difficult part at the moment.”

As for the motivation, Stenson is not concerned.

“I’ve gone through the ups and downs, as you know. It’s part of it,” Stenson said. “You’re not going to be out here 20 or 25 years and not have a few bad patches. It would be one thing if I didn’t care and didn’t work. But I’m putting in the hours. I’m trying my hardest.

“When you’re walking around in circles, it’s hard work.”

The pandemic didn’t help. After two months of uncertainty, he left Orlando for Sweden and stayed there until August. He didn’t play for nearly five months. He didn’t do any work with his team.

Stenson is hopeful this two-week training camp will put him on the right path. He has a busy stretch ahead of him with the PGA Championship, Colonial, the Porsche European Open in Germany and a mixed-team event in Sweden he is co-hosting with Annika Sorenstam before going to the U.S. Open at Torrey Pines, a course he last saw when he missed the cut in the 2008 U.S. Open. 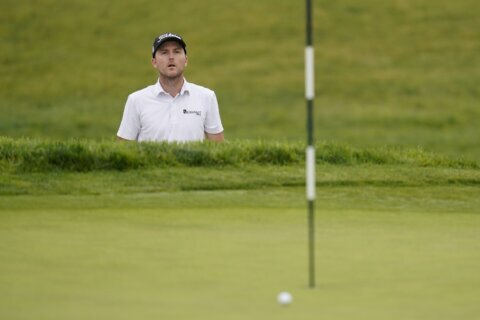 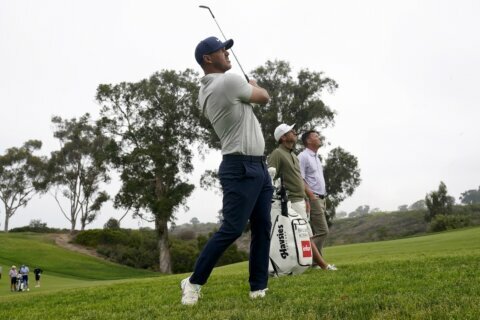 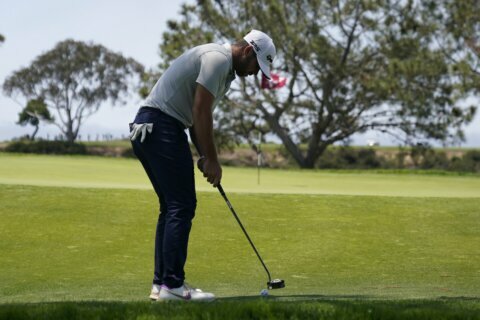