Are some Impatiens weeds or not? Some would say the jewelweed is.
Listen now to WTOP News WTOP.com | Alexa | Google Home | WTOP App | 103.5 FM

At a recent dinner party, my host launched into a monologue about a plant he had discovered in his garden and was delighted with.

It had, he said, green leaves (what a clue!) and large, yellow flowers. What he found most remarkable was that it appeared all by itself in his somewhat wild, somewhat shady garden. What’s more, each time he just touched a seed capsule in an effort to collect seeds, the capsule would explode, scattering seeds all over.

The sun was nearly down and dinner was yet to begin. My host asked me, “Would you like to run out and take a look at the plant, perhaps identify it?”

Of course I would, and we did.

Identification of the plant was easy: jewelweed (a species in the Impatiens genus), also known as touch-me-not, for obvious reasons.

My host raised an eyebrow when I said “jewelweed,” then shook his head, asserting that he knew jewelweed. He pointed to a sea of orange flowers still glowing in the fading light at the lower end of his property.

Yes, that was jewelweed down there, and yet it was different from the plants we were standing next to, also jewelweed. The orange-flowered jewelweed, which my host looked upon scornfully, is botanically Impatiens capensis, also known as spotted touch-me-not. The jewelweed with the pale yellow flowers is Impatiens pallida, sometimes called pale touch-me-not.

These two plants — no, the whole Impatiens genus — highlight how very arbitrary we can be in our judgement of plants. The outstanding quality of this genus is the plants’ ability to deck themselves out in bright, colorful flowers even when growing in shade.

Their “impatient” method of seed dispersal might be seen as a good quality if you want an annual plant that spreads and returns every year. Of course, a plant that is too good at this may become a weed — like the spotted touch-me-not in my host’s garden.

Jewelweed is stigmatized from the outset by the “weed” in its name, yet both species mentioned are pretty enough to have occasionally been offered by dealers in native plants.

Another jewelweed, Himalayan jewelweed (Impatiens glanduliferae), has flowers that range in color from pink to red. I have seen this plant described as a “coarse garden annual” that tends to naturalize in this country. Hmmm. A garden flower or a weed?

And then there are the more high-bred, hybrid Impatiens species. The upright stems of garden balsam (Impatiens Balsamina), a plant more popular decades ago than today, are studded with double flowers resembling miniature roses. This annual plant is still well worth growing; it’s easy to grow from seed (and self-seeds in moderation), tolerates sun or part shade, and, especially in some of the cultivated forms, bears attractive flowers all summer long.

The most famous member of the genus, of course, is simply called “impatiens” — never jewelweed. It brightens shady gardens from the Atlantic to the Pacific with dazzling flowers that are either white or some shade of red.

Some years ago, a yellow-flowered variety of “impatiens,” dubbed African Queen, was introduced with fanfare. And if you looked beyond the ballyhoo, you might have noticed that African Queen was very reminiscent of the spotted and pale jewelweeds. 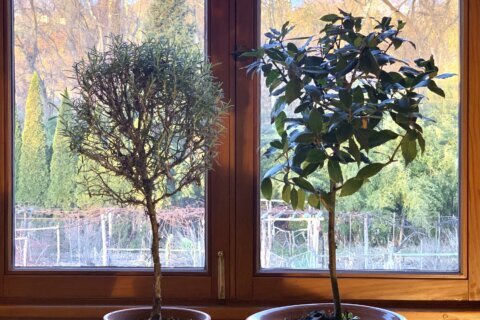 Most herbs don’t thrive on winter windowsills. Two do. 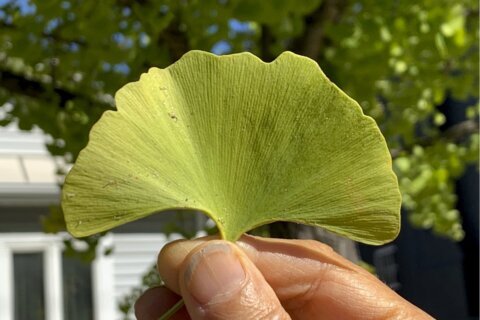 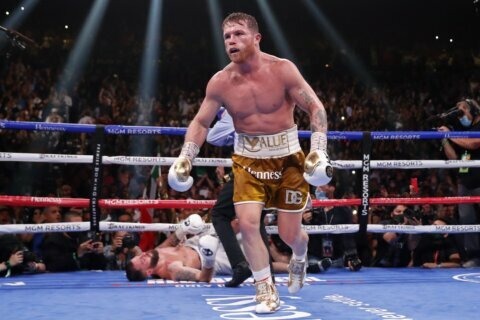