How exciting to think of a full-size tree locked up within each seed still clinging to the branches of sugar maples, hornbeams, oaks, sycamores and other trees at the end of summer.

It was with such visions that I dropped an apple seed into some potting soil in an 8-inch clay flowerpot one autumn day years ago.

I wish I could write that the seed has now been transformed into a majestic tree. But no, the seed germinated, started to grow, then stalled at about 4 inches high.

The reason for the lack of growth was that apple seeds, like the seeds of many other trees native to cold climates, need pre-treatment before they will germinate or grow well. I was lucky the seed germinated at all!

Since then, I’ve learned the tricks of growing trees from seeds.

If an apple or maple seed grew as soon as it touched ground in late summer or early fall, the life of the tender young seedlings would be short indeed, snuffed out with the first frost. So most tree seeds that ripen in fall are able to stay dormant until they’re convinced that winter is over.

You can fool such seeds into growing sooner by keeping them cool and moist for a couple of months. Pack the seeds into plastic bags with moist potting soil, then put the bag in the refrigerator or garage. This process is called “stratification” because nursery growers used to do it by alternating layers of seeds with layers of soil in boxes.

Of course, you could also just sow seeds directly outdoors and let them wait out the winter naturally, but then they face hazards like squirrels, birds, flooding and more.

Some seeds have a hard coating which must be made permeable to water before the seed is stratified. One way to let water into redbud, juniper, hornbeam and other hard-coated seeds is to nick them with a small file.

Dank warmth will accomplish the same thing as nicking with a file. Pack the seeds into plastic bags, as directed above, but leave them in a warm room for two or three months before stratification.

Sycamore and catalpa are among the few fall-ripening seeds that don’t need stratification. Perhaps this is because they hang on the trees late enough into winter so that, by the time they drop to moist ground, temperatures are too cold for germination. Or else it is spring, and just the right time for germination.

SPROUTING IS THE FIRST STEP

Stratified seeds usually sprout as soon as they have accumulated the number of chilling hours they need. For sugar maple, that means three to four months; for dogwood, four months; for apple, two to three months.

Keep an eye on stratifying seeds, because one week they’ll be asleep and a week later — bingo! — they’re sprouting fat, white roots. Once seeds sprout, either pot them up or keep them cool enough to hold back growth until it’s time to plant them outdoors.

You might wonder, why go to the trouble of planting these seemingly delicate seeds when you can just buy a sturdy young tree at a nursery? Hey, you’re reading this, aren’t you? You’re a gardener; you like to grow plants. Not to mention the satisfaction you’ll get years from now as you look up into the branches of a tall tree you planted from seed.

Lee Reich writes regularly about gardening for The Associated Press. He has authored a number of books, including “Weedless Gardening” and “The Ever Curious Gardener.” He blogs at http://www.leereich.com/blog. He can be reached at garden@leereich.com. 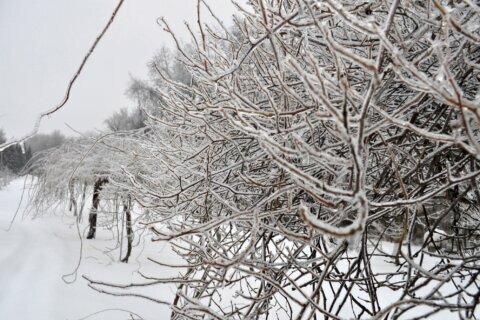 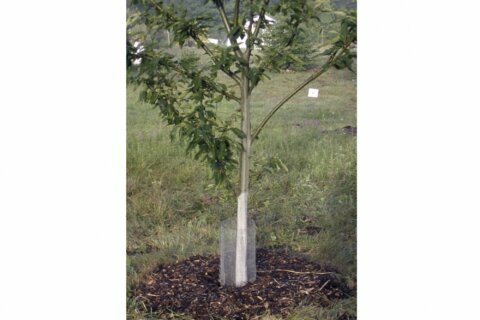 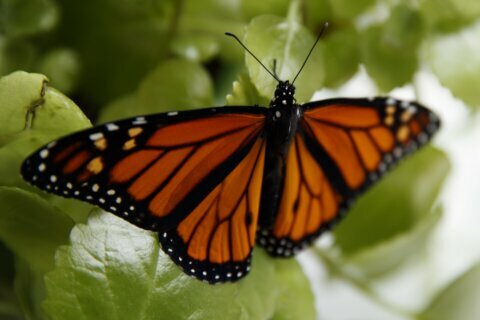