Where fireworks are permitted and prohibited in DC area

Not all areas have as strict of restrictions but most have banned at least some forms of fireworks. See what is permitted and prohibited in your area.
Listen now to WTOP News WTOP.com | Alexa | Google Home | WTOP App | 103.5 FM

WASHINGTON — As Independence Day nears, it’s not uncommon to see a firework stands pop up around the D.C. area, but fire officials remind residents about the dangers of putting on your own display — and where you are breaking the law by doing it.

Prince George’s County, for instance, has banned all fireworks shows not done by professionals.

“Anything that a consumer can purchase is illegal,” according to Mark Brady, spokesman for Prince George’s County Fire and EMS.

Brady said they have seen severe injuries from the use of fireworks, and as a preventive measure, all fireworks both big and small are against the law.

“If you see something in a neighboring jurisdiction, and it’s small, and you think it’s going to be safe to use, it’s not. It’s illegal,” he said.

Brady said fireworks exploding early, or firing in an unexpected direction, have led to hand and eye injuries, as well as severe burns to people near them. Even sparklers can really harm adults or children who use them because they can reach very high temperatures.

“What you’re doing is you’re placing a metal rod in the hands of your child that can be up to 800 degrees,” Brady said.

Not all areas have as strict of restrictions when it comes to fireworks, but most have banned at least some forms of fireworks.

Any firework that explodes or launches a projectile in the air or moves on the ground is illegal in Maryland, including firecrackers, cherry bombs, black cats and M-80s. 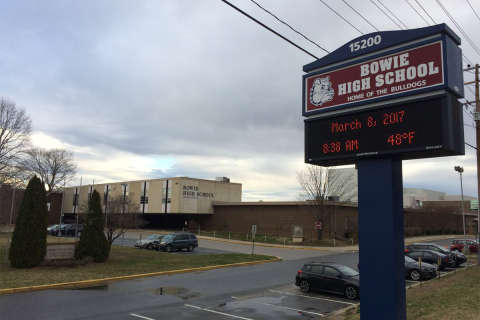