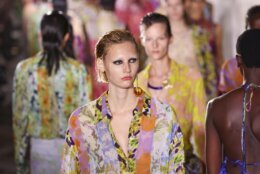 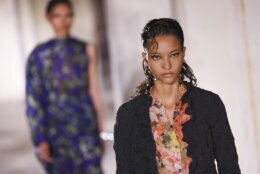 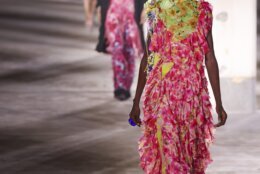 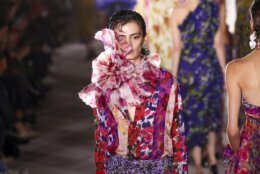 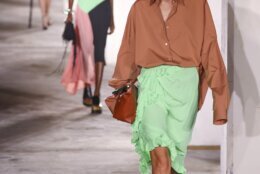 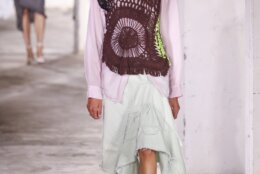 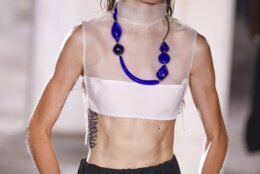 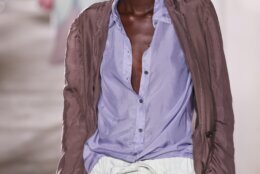 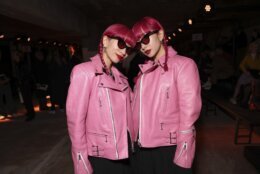 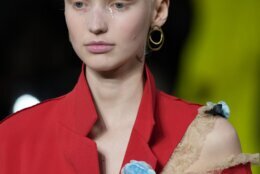 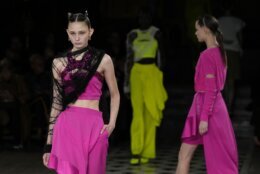 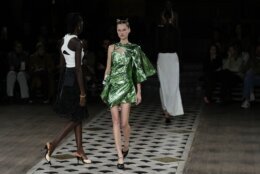 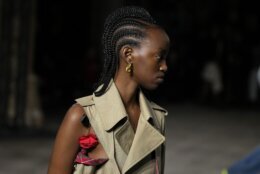 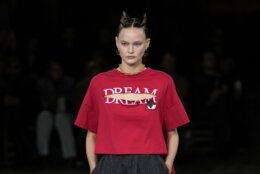 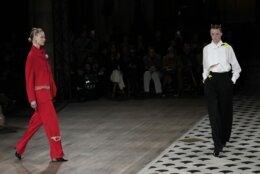 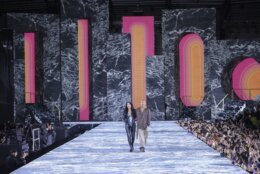 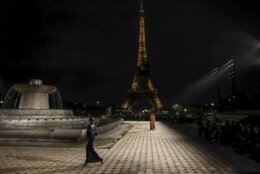 PARIS (AP) — Paris Fashion Week roared into full gear Wednesday with atmospherics and excitement over Balmain’s evening fashion-music festival spectacular — a star-studded charity concert featuring the latest fashions, members of the public and performances. That included a finale walk from none other than Cher.

Here are some highlights of spring-summer 2023 shows.

Olivier Rousteing proved he is one of global fashion’s biggest showmen — putting on, yet again, not a show but a festival for Balmain that took place in a giant stadium. Of course, the greatest celebrity moment of Paris Fashion Week just had to be clinched here — when the designer came out at the end arm in arm with Cher. The 76-year-old Oscar winner trod the boards all smiles — to screams from the crowds — in a marbled spandex bodysuit, plunging neck, platform wedges and the house’s famed peaked shoulders. “Just had best time on stage, felt great,” she tweeted shortly after.

Balmain said it was celebrating the best in food, music and fashion within the pop-up village replete with stands — in western Paris’ Jean-Bouin stadium — more used to hosting rugby matches than spandex suits. Some 10,000 tickets were made available for the general public provided they made a charity donation.

Amid the razzmatazz, some guests may be forgiven for forgetting that the point of the event was the clothes. The looks, which merged ready-to-wear with couture, had some memorable moments — the fruit of the Balmain design teams foraging in the forest for organic materials.

One unique bustier was created with the bark from chestnut trees, while looks in basketweave were fashioned from materials out of bogs and meadows, all softened in water for an ethnic look.

But this show was also an emotional and cultural exploration for Rousteing himself — someone who has been vocal about his adoption, and who recently discovered that his biological parents were from the Horn of Africa.

“Throughout, the influence of Africa is, of course, quite easy to spot,” the designer said. “(The discovery) only served to intensify my lifelong fascination with the beauty, traditions and designs of that region.”

For Courreges, a circular sandy runway featured a falling column of sand at its center evoking the sands of time — or the movie “Dune.” Off-kilter and slightly unnerving musical cadences in the soundtrack endowed the show with a sanitized, pared-down spirit.

Courreges has become a brand that touts a signature mood over a signature style, and designer Nicolas Di Felice likes to inject his fashion with atmosphere.

The spring-summer fashions began with a play of the crisp white shirt, with a voluminous shirt dress carrying the simple and sporty vibe well. Models sometimes had bare feet or nude footwear. Di Felice used the runway to bring fashion forward twists — snipaways, toggles, sheeny space materials and deconstruction — on everyday items such as a denim jacket, denim skirt or flared pants. A sporty vest, for example, was given a kinky twist with its sheer materials.

It’s an approach that works well with this generation-defining brand founded in 1961 by André Courrèges and his wife Coqueline, that became synonymous with the Space Age aesthetic.

THE ART OF THE INVITATION

The age of email and rising environmental awareness doesn’t seem to have left much of a mark on the fashion industry’s antiquated system of invitations.

Top houses vie for the wackiest or most imaginative idea that often bears a clue as to the theme of the runway collection.

For Loewe’s invitation, a bright red tropical flower came through the post that the floral dictionary identified as an anthurium. To keep the flower alive for the duration of Fashion Week, the bottom of the bloom’s stem was attached to a state-of-the-art humidity capsule.

Saint Laurent’s invite, meanwhile, was a chic black patent leather wallet with a metallic “YSL” on top, with the show card hidden inside.

The Belgian fashion master was back on form for spring with a typically unpindownable collection held together only it seemed by the aesthetic of its looseness.

Fashion forward ensembles in all-black — an oversize menswear tuxedo worn on a bare chest, or an Asian crossover coat — suddenly blossomed in the 64-look-collection into bright sequins, pastels, then ruffles and florals.

There were artistic plays aplenty: One lace-like black top had ribbing evoking ribs, all the while looking very Elizabethan. Female models were intentionally chosen for their boyish looks, alongside myriad menswear twists on the womenswear wardrobe.

The one running theme seemed to be the softness –the floppy layers of fabric, the draped tassels that caressed the warehouse venue floor and the generous proportions in sleeves, skirts and billowing pants.

This was Van Noten, an original, having fun.

UNDERCOVER SLASHES IT UP

It was dressy with a twist at Jun Takahashi’s brand Undercover.

As in previous seasons, Japanese anime felt present. Here, there was a cartoonish vibe in the double top know hairstyles of several of the models.

Statement T-shirts with “Love” and “Dream” slashed on them added to the animation vibe. 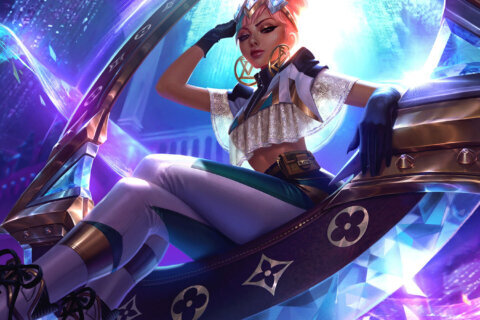 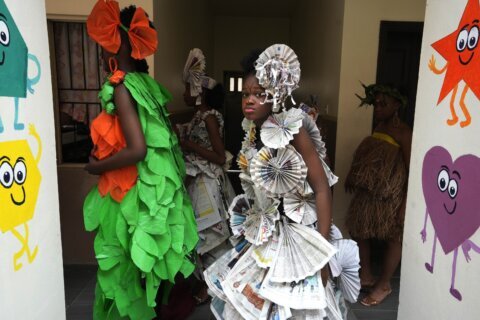 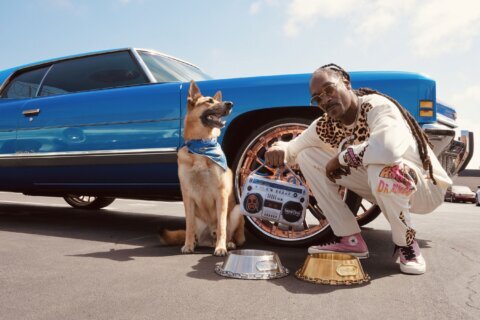