Ohio-based Petland Inc. has abruptly ended its franchise agreement with a Fairfax, Virginia, store where an undercover investigation by the Humane Society of the United States found that sick or injured rabbits were dying without veterinary care.

“Petland puts the health and welfare of its pets first and has zero tolerance for any mistreatment of our pets,” said a written statement from Elizabeth Kunzelman, director of public affairs for the privately held company in Chillicothe, Ohio.

John Goodwin, senior director of the Humane Society of the United States’ Stop Puppy Mills Campaign, said the move was too little, too late.

“Petland never should have let this situation degrade this far in the first place,” he said. “The fact is they have a business model that prioritizes profits over animal welfare.”

“The action of this locally-owned store location does not, in any way, represent the culture and dedication to animal care of the thousands of caring Petland employees working across the country every day,” Kunzelman said.

But the Humane Society urged Petland to get out of the business of selling pets from high-volume breeding facilities and instead restrict its sales to products and services.

“We encourage Petland to follow this humane business model that industry leaders like PetSmart and Petco have,” said Goodwin. “It’s a $72 billion industry, with the vast majority of that money coming from products and services. That’s where they should be making their money, not selling puppy mill dogs and rabbit mill bunnies.” 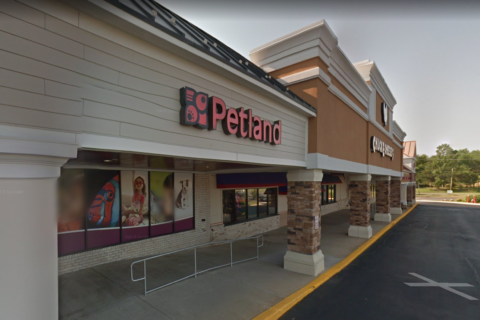