Fairfax County, Virginia, is so far recording fewer hate crimes as the year draws to a close, but the nature of the crimes has shifted, according to information released during a county Board of Supervisors Public Safety Committee hearing Tuesday.
Listen now to WTOP News WTOP.com | Alexa | Google Home | WTOP App | 103.5 FM

WASHINGTON — Fairfax County, Virginia, is so far recording fewer hate crimes as the year draws to a close, but the nature of the crimes has shifted.

“There are evil people in this world and we can’t fool ourselves,” Fairfax County police Chief Ed Roessler told those gathered.

“But, education, prevention, and enforcement and partnership engagement is truly the foundation (for change), and we’re truly blessed that we have community advocates that want to make this county better,” Roessler said.

Bias crimes down, bias incidents up

In addition to crimes inspired by bias, the police department documents bias incidents that aren’t criminal, such as hate speech or literature the community considers intolerable.

“So, it gives us the most clear picture that we can have in a community as to what’s going on,” said police Capt. Gregory Fried.

“Police are encouraging people to report them more often,” Supervisor John Faust said. He was skeptical, adding, “But, I’m not sure that explains a 100-percent increase.”

“The area that I as a clergy person hear the most concern about is actually with students,” said Michael Shochet, who is a member of the region’s second largest Jewish synagogue, Temple Rodef Shalom. He is also the police chaplain coordinator of the Fairfax County Police Department.

Shochet said some bias incidents in schools don’t get reported to the school resource officer. Instead, a parent or student will call the synagogue.

“They ask what can we do, and our response always is to report it. Report it. Because that’s really important,” Shochet said.

Mosques in the county also are trying to make clear the importance of reporting incidents inspired by bias.

“I think we’ve all been taught to suck it up, don’t make waves,” Supervisor Penny Gross said. “I think we need to speak up and speak out.”

While stating that the county is not immune from bad things happening, Board of Supervisors Chair Sharon Bulova noted it does have a unique relationship with its faith, immigrant and minority communities.

“We in Fairfax County are unique in our diversity,” Bulova said. “The network that we have here at the table, I think, is uniquely strong.”

Those relationships are “absolutely critical,” Supervisor Pat Herrity said. “But, as we work forward, it needs to not just be at the leadership level. It needs to be at the congregation level.”

While county supervisors were discussing hate crimes, Virginia’s Attorney General Mark R. Herring was in Leesburg announcing a package of bills that, if approved, would update the commonwealth’s hate crime and domestic terrorism laws.

“Over the past several sessions, I have introduced legislation to address the rise in hate crimes and white supremacist violence, but nothing has been done and the threat continues to grow. That must end,” Herring said in a news release.

“We have to make it absolutely clear that white supremacist and extremist violence will not be tolerated in Virginia,” he said. 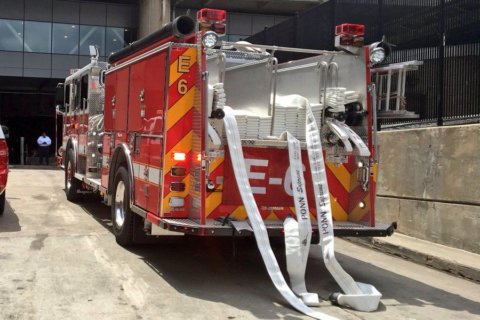