Fairfax County wants residents to know that Northern Virginia gets almost as much sun as Miami, Florida, and in a bid to convince locals to go solar, the county is offering discounted prices and incentives for a limited time.
Listen now to WTOP News WTOP.com | Alexa | Google Home | WTOP App | 103.5 FM

WASHINGTON — Fairfax County wants residents to know that Northern Virginia gets almost as much sun as Miami, Florida, and in a bid to convince locals to go solar, the county is offering discounted prices and incentives for a limited time.

“Do you want to slash your electricity bill by 60 percent or more?” That’s what the website asks of  possible solar power converts.

Through the end of May, the county is offering homeowners and businesses real estate tax credits, waived permit fees for installation and discounts on solar energy systems that have been negotiated with vendors.

People interested in learning more can attend a free information session planned for Monday, April 30, at the North County Government Center in Reston. To help planners prepare for the event, attendees are asked to RSVP on their website.

“D.C. has some of the best, if not ‘the’ best financial incentives for solar in the country,” Program Analyst for the city’s Department of Energy and Environment Nora Hawkins said.

The group EMPower Solar included D.C. in its most energy-forward cities in the U.S. rankings, noting that the District tops its list of cities with the best solar power tax incentives with 69 local programs that give incentives for solar usage.

In the District, an average homeowner can pay off the purchase of solar panels in two to five years, according to Hawkins. Also, she said, in addition to energy cost savings, you can make money by selling solar credits.

“You might be making over $500 a year in additional revenue,” Hawkins said.

The feds offer a 30 percent tax credit for installing solar systems that will decrease after 2019 and expire at the end of 2021.

For now though, “You can get what’s called an Investment Tax Credit for the value of the panels that you purchase which can reduce your taxable income at the end of the year,” Hawkins said. 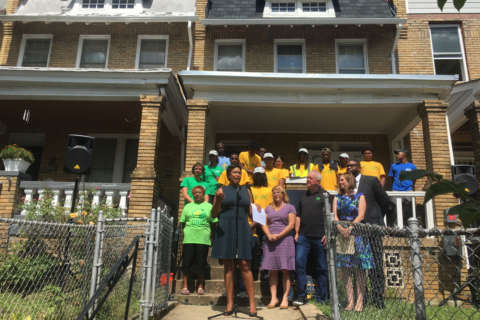