Vigils for a 17-year-old girl who was killed while walking with a group of friends to their mosque in Sterling are being held this week across the nation.
Listen now to WTOP News WTOP.com | Alexa | Google Home | WTOP App | 103.5 FM

WASHINGTON — Vigils for a 17-year-old Muslim girl killed while walking with a group of friends to their mosque in Sterling, Virginia, are being held across the nation.

A vigil held at DuPont Circle was one of least 10 vigils planned by Women’s Initiative to Self Empowerment (WISE), a nonprofit organization dedicated to empowering Muslim women in their communities.

In addition to the vigils, planned in cities including San Francisco, Philadelphia, New York City and Detroit, the public showed an outpouring of support on the web for the Hassanen family in light of Nabra Hassanen’s death.

More than 11,300 people pledged their support online to help the Hassanen family and raised more than $300,000 in just a few short days. The All Dulles Area Muslim Society (ADAMS), to which Hassanen belonged, wants to raise at least $350,000 by the end of July 7.

“Nabra leaves behind three younger siblings and a grieving family,” ADAMS wrote on the collection page. “Your donation will inshallah take a financial burden off their shoulders as they begin the healing process and prepare for the future.”

“All she wanted was some to get some sahoor with her friends, not too far from the mosque,” Nubian Youth wrote on the page. “May your beautiful soul rest in peace habiti.”

Her funeral is planned for Wednesday afternoon, with a private burial to follow.

While the funeral and burial are limited to close family members and friends, the vigil set for 6:30 p.m. Wednesday, June 21, at Lake Anne Plaza in Reston, Virginia, is open to the public.

Find the full list of vigils on the WISE donation site.

Attendees are asked to not bring candles to the vigils. 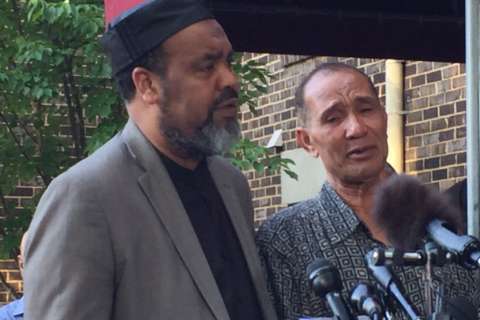