Fire investigators say an electrical issue in a backup firetruck is responsible for sparking a two-alarm blaze early Sunday that destroyed the truck, caused $200,000 in damages and rendered the Fairfax County station uninhabitable for at least the next week.
Listen now to WTOP News WTOP.com | Alexa | Google Home | WTOP App | 103.5 FM
(1/11) 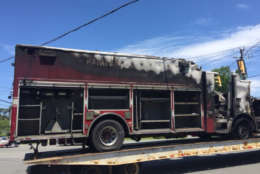 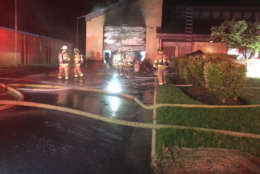 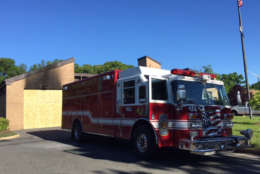 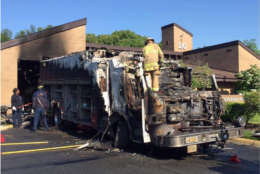 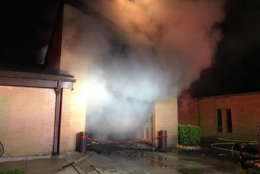 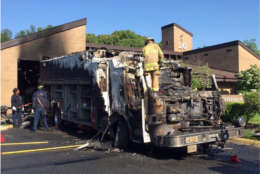 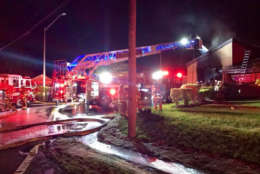 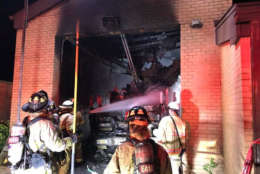 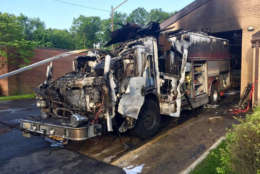 WASHINGTON — Fire investigators say an electrical issue in a backup firetruck is responsible for sparking a two-alarm blaze early Sunday that destroyed the truck, caused $200,000 in damages and rendered the Fairfax County, Virginia, station uninhabitable for at least the next week.

The fire began about 12:45 a.m. Sunday in the cab of the reserve truck parked in one of the bays of Edsall Road Station 26 on Carolina Place in Springfield, Virginia.

The 12 firefighters on duty were awakened and alerted by the station’s fire alarm.

“Luckily, no one was hurt and the firefighters did exactly what we preach to the citizens: Make sure everybody was accounted for before they went in to extinguish the fire,” Batallion Chief Willie Bailey with Fairfax County Fire Department told WTOP.

About 60 firefighters worked for about 25 minutes to extinguish the blaze. The truck, which Bailey referred to as a rescue squad, was declared a total loss. The fire also damaged the roof of the station, he said. All told, the fire caused about $200,000 in damage.

The station is currently not livable, Bailey said, although it’s expected that firefighters will be able to return to work 24-hour shifts at the station within the next week.

Bailey said the station has created an action plan to ensure there are no interruptions or delays in responding to emergency calls in the county.