Mother says she was kicked out of Fairfax Co. church for breast-feeding (Video)

WASHINGTON — A mother in Northern Virginia says she is embarrassed and feels that her rights were violated after she was kicked out of her spot in church when she started breast-feeding her child during a service on Sunday.

Annie Peguero, who posted a video on Facebook of herself talking about the incident, said she was approached by a woman almost immediately after she began feeding her 1-year-old daughter in the sanctuary of Summit Church in Springfield, Virginia.

“I was asked to leave my seat,” Peguero explained. “I’m like, ‘Is this seriously happening?”‘

She said the woman told her that she needed to go to a private room because breast-feeding out in the open might make men and other churchgoers uncomfortable.

According to Peguero, the woman also noted that the church service was being live-streamed online and she had concerns about Peguero being seen on the internet breast-feeding her child.

“Society has created this situation about breasts,” Peguero said. “Women should be breast-feeding their babies as they want to breast-feed their babies.”

Peguero said she later learned that the nondenominational church has a general policy against mothers breast-feeding without wearing a cover.

“I so love going to church there, but I’ll never set foot in that church again. And it makes me really sad,” Peguero said.

Peguero is now working with a lawyer and is trying to get the church to issue a statement about the matter and reverse its policy.

Under a law passed in 2015, women in Virginia are allowed to breast-feed anywhere they have a legal right to be. Religious institutions are not exempt. Before that legislation, state law only specified that breast-feeding was allowed on property that was owned, leased, or controlled by the commonwealth.

“I never leave to go anywhere to feed my baby,” said Peguero. “I just feel that it’s important to feed her wherever and whenever.”

Church officials did not respond to requests for comment from media outlets. 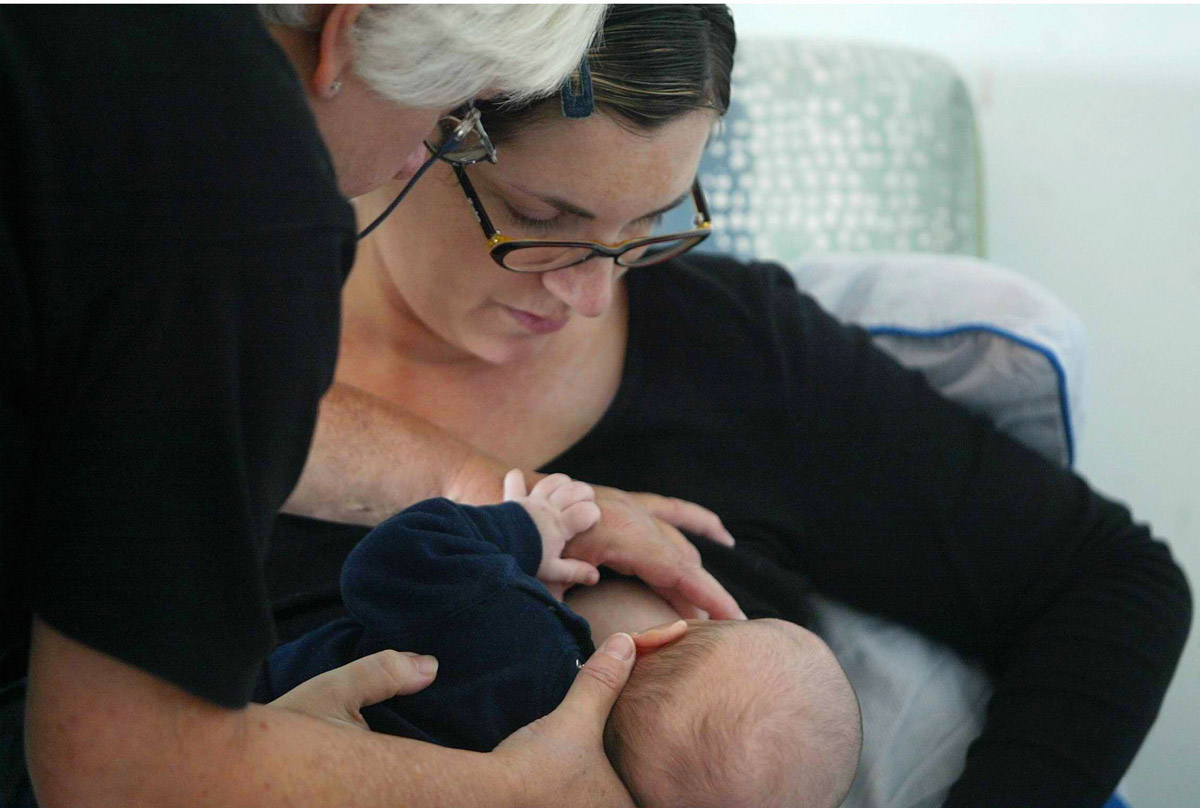