A public forum in Fairfax County, Virginia, provided an opportunity for police and citizens to discuss law enforcement efforts and the responsibilities of both police and the public.
Listen now to WTOP News WTOP.com | Alexa | Google Home | WTOP App | 103.5 FM

Since the 2013 fatal police shooting of John Geer in the doorway of his Springfield home, Fairfax County police have stepped up training, reexamined use of force polices and increased efforts toward police accountability.

“The changes that we have made in use of force, mental health (police contact with people with mental illness) and all different areas of the police department are through participation with the community,” said Police Chief Edwin C. Roessler Jr.

The public forum, held at Centreville Baptist Church, provided an opportunity for police and citizens to discuss law enforcement efforts and the responsibilities of both police and the public.

“In the past year we’ve not had a complaint against the police department, so I think that’s extremely good,” said Shirley Ginwright, president of the Fairfax County chapter of the NAACP. Ginwright also leads the county’s Communities of Trust Committee, which sponsored the town hall-style meeting.

Everybody involved in the meeting seemed to agree that there are solid benefits when communication improves between police and citizens, particularly those in culturally diverse communities. The town hall-style meeting was regarded as the latest effort by police to reach out and to listen to members of the public.

“One of the things that I think Fairfax County does especially well is to, every once and a while, step back and look at ourselves,” said Fairfax County Board of Supervisors Chairman Sharon Bulova.

Milton Harding, a pastor and a 30-year resident of Centreville, said one meeting won’t be enough.

“We can’t just have one town hall and think that everything is going to be resolved tomorrow,” said Harding. “It will take responsibility on both sides of the fence.” 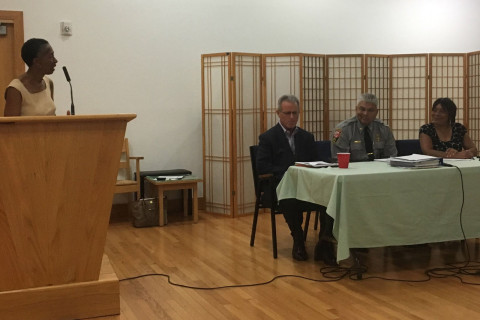 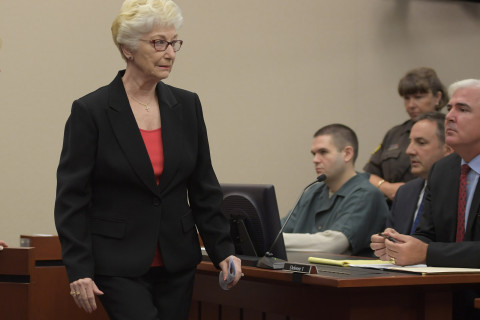