A 19-year-old Vienna man has been charged with aggravated sexual battery for groping a girl at a Target store in Merrifield this month.
(1/3) 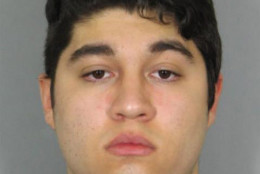 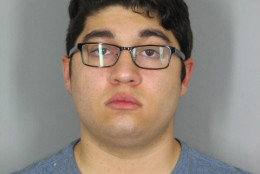 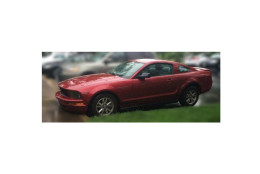 WASHINGTON — A T-shirt logo and an anonymous tip helped lead police to the man they say groped a girl at a Target store in Merrifield Saturday.

Brendon J. Cordova, 19, of Vienna, turned himself into police Thursday morning, Fairfax County police said. He has been charged with three counts of aggravated sexual battery for touching the buttocks of the 11-year-old girl.

The girl told her dad about the assault after they had returned home from the Mosaic District Target store. Her father called police and security footage confirmed her story, police have said.

Police released images of the man believed to be responsible. And a Fairfax County officer, who was not involved in the case, recognized the logo on the man’s gray shirt as being from a martial arts studio.

Investigators want to hear from anyone else who might have been a victim of Cordova’s or knows of similar cases. Police also want to know if anyone remembers seeing Cordova that day in and around McLean, Mosiac or Merrifield, said police spokesman Don Gotthardt.

“I’d just ask the public to take a good look at him with his glasses, without his glasses, associate him with that car. And think back to that day on the 18th,” Gotthardt said. 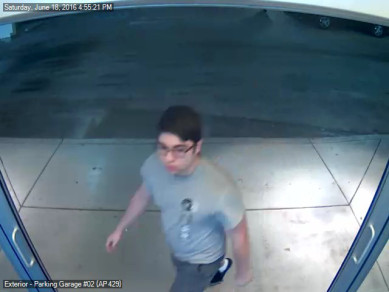