LONDON (AP) — Cristiano Ronaldo has blasted Manchester United and manager Erik ten Hag in an incendiary TV interview, saying he feels “betrayed” by the club and that senior figures have tried to force him out of Old Trafford.

The interview is set to be broadcast this week on Britain’s TalkTV but advance clips were released late Sunday — just hours after United’s final game before the World Cup. Ronaldo was left out of the squad for the second match in a row after the club said he had an undisclosed illness, although the Portugal’s star latest comments will increase speculation that he has played his final game for the club.

When asked on the program “Piers Morgan Uncensored” whether United’s hierarchy was trying to force him out of the club, Ronaldo said: “Yes, not only the coach, but another two or three guys around the club. I felt betrayed.”

When quizzed again if senior club executives were trying to oust him, the 37-year-old Portugal star said: “I don’t care. People should listen to the truth.

“Yes, I felt betrayed and I felt like some people don’t want me here, not only this year, but last year too.”

Ronaldo has been in and out of United’s starting lineup this season and refused to come on as a substitute in last month’s win over Tottenham. That led to him being banished from the squad for the subsequent trip to Chelsea, although he then returned to the fold.

Ronaldo also claimed United had not progressed as a club since the departure of manager Alex Ferguson in 2013, and criticized the hiring of Ralf Rangnick as interim manager last season after Ole Gunnar Solskjaer was fired.

“This guy is not even a coach,” Ronaldo said of Rangnick. “A bigger club like Manchester United brings (a) sports director — surprised not only me but all the world, you know. 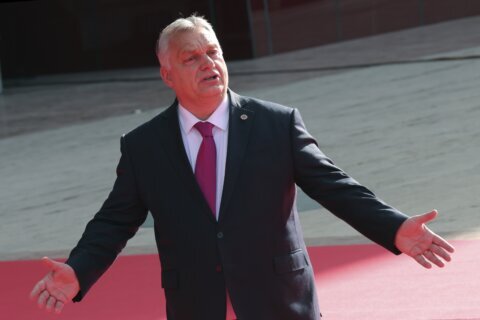