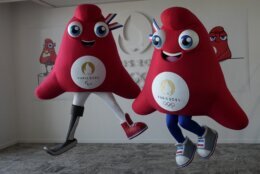 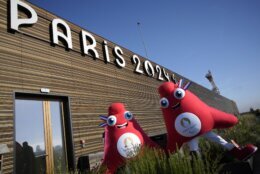 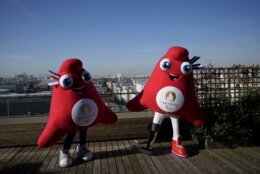 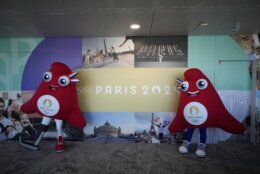 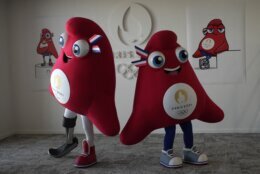 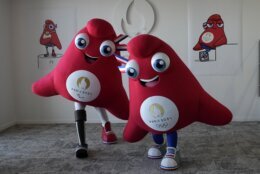 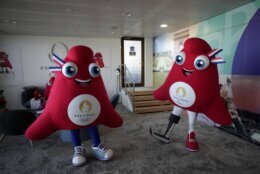 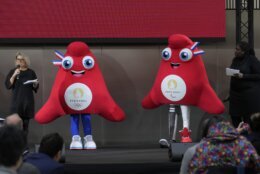 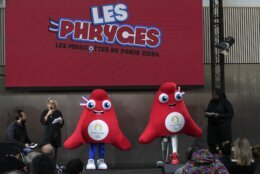 PARIS (AP) — The mascots for the 2024 Paris Olympics and Paralympics have been revealed — a Phrygian cap.

The soft red cap, also known as a liberty cap, is an updated version of a conical hat worn in antiquity in places such as Persia, the Balkans, Thrace, Dacia and Phrygia, a place in modern day Turkey where the name originates. It later became a symbol of the pursuit of liberty in the French Revolution — and is still worn by the figure of Marianne, the national personification of France since that time.

The Paralympic version features a prosthetic leg that goes to the knee — the first time such a mascot sports a visible disability, organizers said.

Michael Jeremiasz, gold medalist in wheelchair tennis at the 2008 Beijing Paralympics, said the prosthesis sends an inclusive message to disabled people around the world.

“That’s the key for us, because we suffer from being invisible in society,” he said. “We have to use Paris 2024 as a powerful tool to change our rights.”

Organizers said they didn’t want to choose an animal or other creature, like mascots at previous Games, but instead wanted something that represented an “ideal.” They said they chose the cap as an “allegory of freedom.”

The choice to use the Phrygian cap for the Paris Games seems to draw out links between modern France and the ancient world.

“The Phrygian cap embodies the ability we all have together when we collectively decide to rise up to strive for better,” Paris organizing committee brand director Julie Matikhine said.

The two mascots will be dubbed “Les Phryges,” pronounced something like “freezh.”

Jeremiasz, who is French, guessed that his English wife might mispronounce it, but added, “at the end of the day, it doesn’t matter … it will be sexy to have people from all over the world to try to pronounce it their own way.”

Merchandise goes on sale starting Tuesday. They’ll use fabric developed in the French region of Brittany, but the toys and other products will primarily be manufactured in China.