Holidays: Where to see holiday lights | Santa's back with inflation, inclusion on his mind | 4 ways to limit your holiday debt | Inflation 'definitely a guest' at holiday celebrations this year
Home » Europe News » Dutch, UK fentanyl sellers…

WASHINGTON (AP) — Two Dutch nationals, an Englishman and their nine companies were targeted for sanctions by the U.S. government this week, for operating an illegal fentanyl ring that generated millions of dollars in virtual currency.

Alex Adrianus Martinus Peijnenburg and Martinus Pterus Henri De Koning from the Netherlands and Matthew Simon Grimm from the United Kingdom are accused of using their firms to sell illegal substances to U.S. customers and receive payment through digital assets.

The Treasury Department said that between November 2018 and February 2021, Peijnenburg and De Koning generated millions of dollars in virtual currency from illicit drug proceeds through a synthetic drug sales website.

The Drug Enforcement Administration and Department of Homeland Security assisted in the investigations.

Synthetic opioids, including fentanyl, have become the most common drugs involved in drug overdose deaths in the U.S. In 2017, 59.8% of opioid-related deaths involved fentanyl, compared to 14.3% in 2010, according to the National Institute on Drug Abuse.

“The Treasury Department will continue to deploy its counternarcotics authorities to disrupt those involved in the fentanyl global supply chain,” said Brian Nelson, Treasury’s under secretary for terrorism and financial intelligence said in a statement. 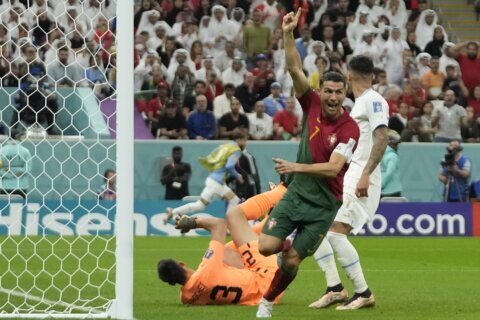