SKOPJE, Macedonia (AP) — North Macedonia has begun building a railway linking it to Bulgaria, a project decades in the making.

The project is part of Pan-European Corridor VIII, a route stretching about 1,500 kilometers (930 miles) from the Albanian port of Durres in the west to Bulgaria’s ports of Varna and Burgas in the east. Durres has sea connections to the Italian port of Bari.

The prime ministers of North Macedonia and Bulgaria, Dimitar Kovacevski and Galab Donev, attended the groundbreaking ceremony Saturday near the city of Kumanovo, affirming their commitment that the rail link between the two neighbors will be completed by 2030.

At this stage, there are only single-track lines in Albania and North Macedonia. Connections are missing at the western and eastern ends of the corridor in North Macedonia. Bulgaria’s part is completed.

The line that just began construction is called the “Eastern End” and involves 89 kilometers (55 miles) of tracks within North Macedonia. The work will be finished by the end of 2025 and includes 5.5 kilometers (3.4 miles) of tunnels, railway bridges, over- and underpasses, and railway stations, as well as a new signaling and telecommunications system.

A “Western End” section to the border with Albania will also be built.

Once completed, the railway is expected to increase annual freight volume 20% by 2030 and provide access to modern means of transport to more than 350,000 people. Travel time will be reduced, as well as air and noise pollution.

“This project has been standing still for 30 years. The railway called hope, as characterized by the media, is a completely accurate characterization,” Kovacevski, North Macedonia’s prime minister, said, adding that there was was “skepticism and “disbelief” that the joint project with Bulgaria would ever happen. 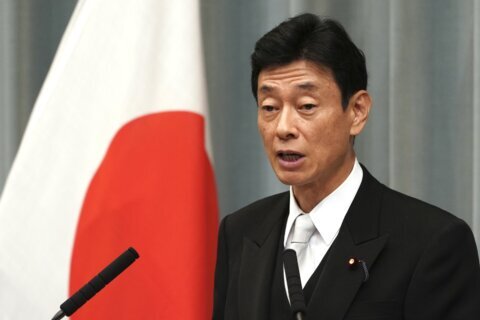