GENEVA (AP) — Switzerland’s federal criminal court on Monday convicted a Swiss-Italian woman of attempted murder and ties to the banned radical group Islamic State over the stabbing of two women in a department store.

She was handed a nine-year prison sentence.

The attacker, who is in her late 20s but was not identified by name, was also convicted Monday by the court in the town of Bellinzona of “repeated illegal practice of prostitution,” the court said. Regulated prostitution is allowed in Switzerland.

The verdict follows a four-day trial in late August and early September over the Nov. 24, 2020, attack in the Manor chain department store in the southern Swiss city of Lugano.

The suspect was quickly detained and the two women who were attacked — seemingly at random — survived. Regional police said at the time that one had sustained serious but not life-threatening injuries, and the other had minor injuries.

In its ruling, the court said the attacker had used a knife to try to decapitate the victims “while praising ISIS” — an acronym for the radical Islamic State group — in a premeditated way.

“For the court, the defendant acted with a total absence of scruples, a particularly odious motive and goal, and showed no signs of wanting to repent or make serious apologies, either during the investigation or court proceedings,” the court said in a statement.

The attack was a rare instance of violence linked to radical Islamic extremism in Switzerland, which was largely spared the wave of such violence that has hit other countries in Europe and around the world over the past two decades. 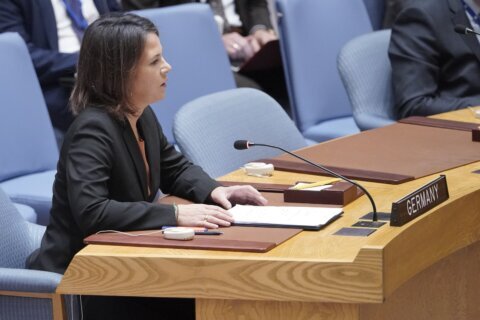