NAIROBI, Kenya (AP) — Two airstrikes hit the capital of Ethiopia’s Tigray region Wednesday morning, killing 10 people, many of them first responders, the director of the city’s flagship Ayder Referral Hospital said, as Ethiopia’s government gave no sign of taking up the Tigray forces’ offer to stop fighting and pursue talks.

The target in Mekele “was a residential neighborhood,” Kibrom Gebreselassie told The Associated Press. “Three of the victims need urgent major surgery, in the face of (a) shortage of medicines.”

The first airstrike wounded two people but the second was deadly, with rescuers among those killed, Kibrom said.

The death toll could climb as more patients reach the hospital, another doctor said, speaking on condition of anonymity because they were not authorized to speak publicly.

In a weekend statement to mark Ethiopia’s new year, the Tigray leadership said they were ready to participate in an “immediate” cessation of hostilities with Ethiopian forces leading to a comprehensive cease-fire, and even welcomed mediation led by the African Union, a significant shift.

But Ethiopia’s federal government is yet to publicly respond amid reports of more talks between the two sides in Djibouti. With independent media, human rights groups and monitors barred from Tigray, and with most basic services like internet severed, it is challenging to assess the situation on the ground.

Several airstrikes have hit Mekele since fighting resumed between Tigray forces and Ethiopian ones in late August, shattering a period of relative calm since late March.

That calm had allowed more humanitarian aid to reach the long-blockaded Tigray region, but those deliveries have now been halted, according to the United Nations. Deliveries to conflict-affected parts of the neighboring Amhara region have also stopped.

Since the conflict broke out in November 2020, tens of thousands are believed to have been killed and millions displaced in the Tigray, Amhara and Afar regions.

This version has been corrected to say everyone was killed in the second airstrike. 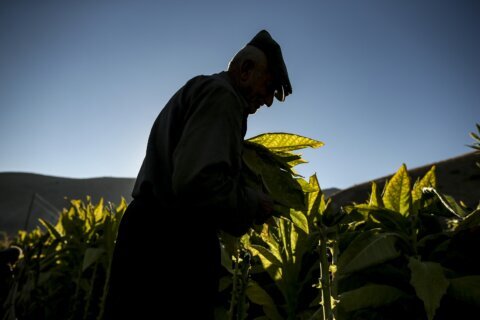