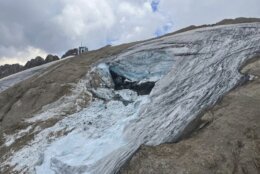 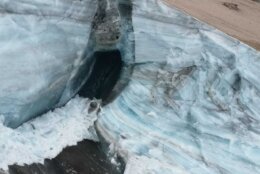 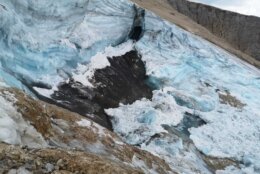 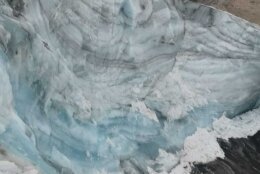 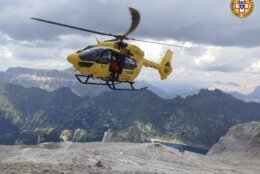 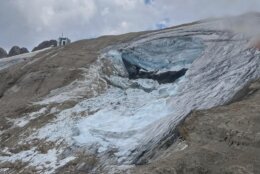 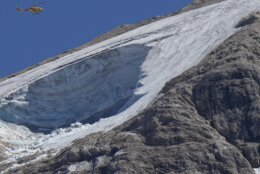 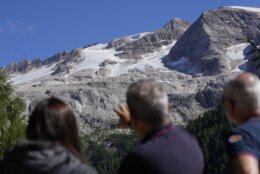 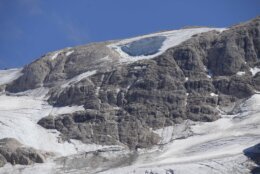 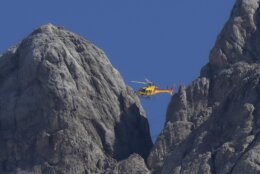 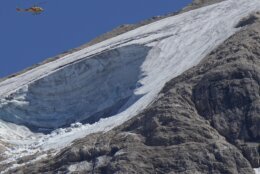 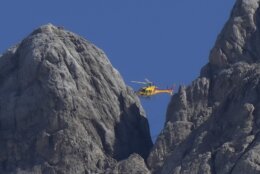 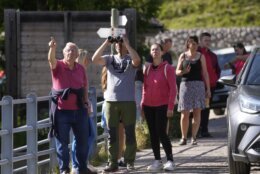 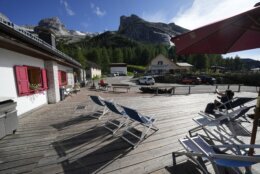 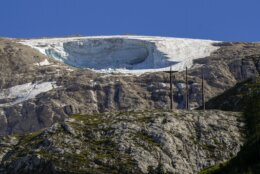 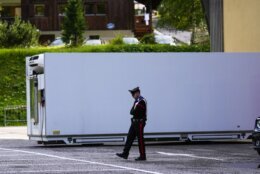 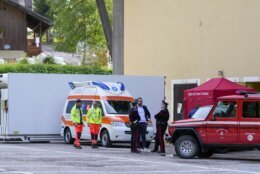 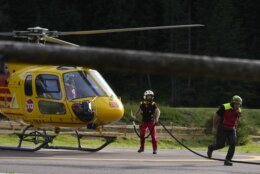 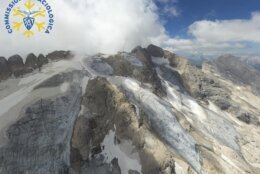 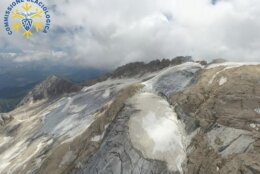 CANAZEI, Italy (AP) — Thunderstorms hampered Monday the search for more than a dozen hikers who remained unaccounted for a day after a huge chunk of an Alpine glacier in Italy broke off, sending an avalanche of ice, snow and rocks down the slope. Officials put the known death toll at seven.

“I hope the numbers stop here,” said Veneto Gov. Luca Zaia, whose region in northeast Italy borders the Dolomite mountain range including the Marmolada glacier. He spoke in the resort town of Canazei, where a morgue was set up in the ice rink.

Another regional leader, Maurizio Fugatti, said 14 people remained unaccounted for by Monday afternoon: 10 Italians, three from Czechia and one from Austria. Local officials later said that Austrian consular officials had made contact with the Austrian.

“We were contacted by families because these people didn’t return home,’” said Fugatti of the Trentino-Alto Adige Alpine region.

In the mountain’s parking lot, four cars remained whose occupants hadn’t been traced — two cars had license plates from Czechia; one vehicle was from Germany and the fourth was from Hungary.

At least three of the dead were Italians, authorities said. Italian news reports said one of the deceased was from Czechia, which is more widely known in English as the Czech Republic.

One of the Italians was Filippo Bari, 28, who snapped a selfie with the Marmolada glacier in the background only minutes before the avalanche, his brother, Andrea, told state TV in Canazei where he came to identify the body.

Although an expert mountain hiker, his brother said his family always told him to be careful in the mountains, “above all in these temperatures.” He said the selfie was sent only 20 minutes before the avalanche and that his brother, who had a partner and a 4-year-old son, was smiling. “He passed away doing what he loved.”

On Sunday, officials said nine people were injured, but on Monday told reporters in Canazei that eight were injured, including two in grave condition.

Zaia said the hospitalized included two Germans and a 40-year-old patient yet to be identified.

The avalanche came roaring down when dozens of hikers were on excursions, including some of them roped together.

Looking grim after meeting with families of some of the dead, Italian Premier Mario Draghi, demanded that action be taken so such a tragedy doesn’t happen again.

“This is a drama that certainly has some unpredictability, and certainly depends on environmental deterioration and the climate situation,” Draghi said, echoing several experts who said an avalanche triggered by a glacier’s breakup couldn’t be forecast.

Marmolada glacier has been shrinking for decades, and scientists at the government CNR research center have said it won’t exist within 25-30 years.

“Today, Italy cries for the victims, all Italians embrace them with affection,” Draghi said. “The government must reflect on what happened and take measures, so that what happened has a very low probability of happening again or being avoided entirely.”

The detached portion of glacier was massive, estimated at 200 meters wide, 80 meters tall and 60 meters deep. Zaia likened the avalanche to an “apartment building (sized) block of ice with debris and Cyclopean masses of rock.”

”I can’t say anything else other than the facts, and the facts tell us that the high temperatures don’t favor these situations,” Zaia told reporters.

Italy is in the grips of a weeks-long heat wave, and Alpine rescuers said that the temperature at the glacier’s altitude last week topped 10 C (50 F) when usually it should hover around freezing at this time of year.

What exactly caused a pinnacle of the glacier to break off and thunder down the slope at a speed estimated by experts at around 300 kph (nearly 200 mph), wasn’t immediately known.

But high temperatures were widely cited as a factor.

“The atmosphere and climate, especially below 3,500 meters, is at a complete imbalance thanks to the ‘new’ climate that we’ve been registering, and unfortunately these events are probably destined to repeat themselves in the coming years,” said Renato Colucci from the Institute of Polar Sciences in the state-run Council of National Research (CNR).

Jacopo Gabrieli, another glacier expert with CNR, told state television that the long heat wave, spanning May and June, was the hottest in northern Italy in that period for nearly 20 years — “absolutely an anomaly.”

Operators of rustic shelters along the mountainside said temperatures at the 2,000-meter (6,600 foot) level recently reached 24C (75 F) – unheard of in a place where excursionists go in summer to keep cool.

The glacier, in the Marmolada range, is the largest in the Dolomite mountains in northeastern Italy. People ski on it in the winter. But the glacier has been rapidly melting away over the past decades, with much of its volume gone.

The Mediterranean basin, which includes southern European countries like Italy, has been identified by U.N. experts as a “climate change hot spot,” likely to suffer heat waves and water shortages, among other consequences.

Pope Francis, who has made care of the planet a priority of his papacy, tweeted an invitation to pray for the avalanche victims and their families.

“The tragedies that we are experiencing with climate change must push us to urgently search for new ways that are respectful of people and nature,” Francis wrote.