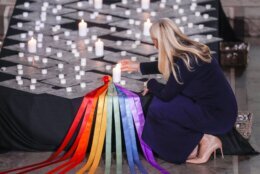 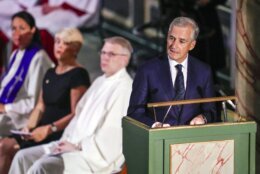 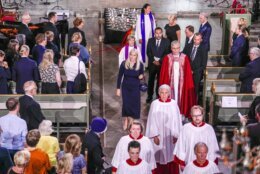 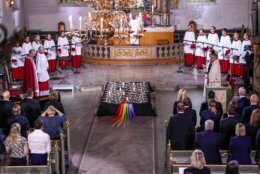 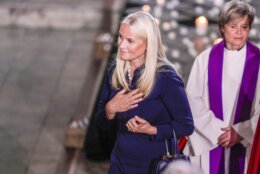 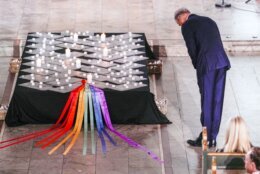 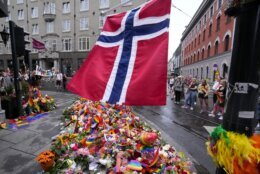 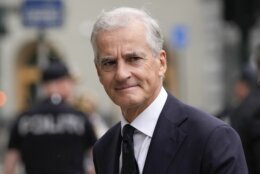 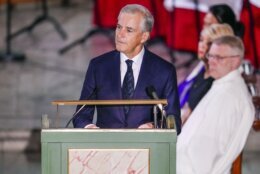 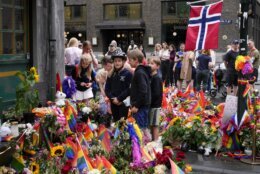 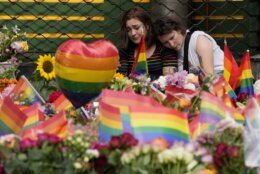 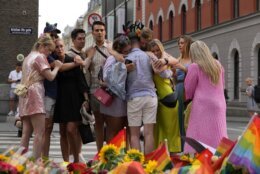 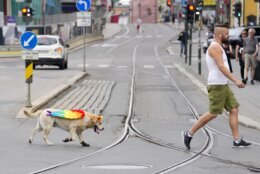 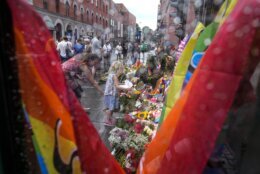 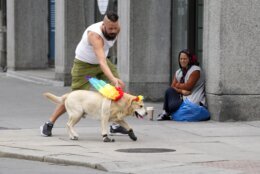 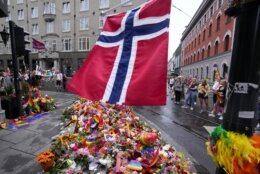 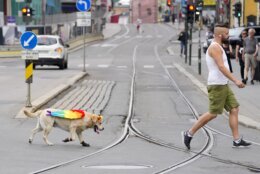 OSLO, Norway (AP) — The suspect in a mass shooting during an LGBTQ festival in Norway has refused to explain his actions to investigators and will remain in pretrial custody for the next four weeks, police and his defense lawyer said Sunday.

The man, whom authorities described as a 42-year-old Norwegian citizen originally from Iran, was arrested shortly after the shooting in Oslo’s nightlife district early Saturday. He is being held on suspicion of murder, attempted murder and terrorism.

Two people were killed and more than 20 were injured in what the Norwegian security service called an “Islamist terror act.”

Oslo police said they tried to question the suspect on Saturday and again on Sunday without success. Norwegian media identified him as Zaniar Matapour.

Matapour’s defense lawyer, John Christian Elden, told The Associated Press by email that his client refused to have his statement recorded and videotaped unless police released the entire recording to the public “with no time delay so it won’t be censored or manipulated.”

Elden previously said his client did not deny being the shooter but had not divulged any motive. The lawyer said Sunday that Matapour did not object to remaining in custody for four weeks so would not appear in court on Monday.

Norway’s prime minister and members of the royal family joined mourners at a memorial service Sunday at Oslo Cathedral for the victims of the attack.

The gunman opened fire at three locations, including outside the London Pub, a popular gay bar in Oslo. Police investigators said it was too early to say whether the attacker specifically targeted the LGBTQ community.

A Pride parade scheduled for Saturday was called off because of the shooting.

Norwegian Prime Minister Jonas Gahr Stoere said during Sunday’s memorial service that “the shooting in the night hours put an end to the Pride parade, but it did not stop the fight and the efforts to fight discrimination, prejudice and hatred.”

“I know how many of you felt when it turned out that the perpetrator belonged to the Islamic community. Many of you experienced fear and unrest. You should know this: We stand together, we are one community and we are responsible for the community together,” Stoere said during the church service, which was also attended by Crown Princess Mette-Marit.

Norwegian media said Matapour arrived in Norway with his family from a Kurdish part of Iran in the 1990s.

He had a prior criminal record that included a narcotics offense and a weapons offense for carrying a knife. Investigators said they seized two weapons after Saturday’s shootings: a handgun and an automatic weapon.

The Norwegian domestic security agency, known by its Norwegian acronym PST, said Saturday it first became aware of the suspect in 2015 and later grew concerned he had become radicalized and was part of an unspecified Islamist network.

On Sunday, Norwegian media outlets reported that Matapour allegedly was in close contact with an Islamic extremist living in Norway whom Norwegian police had been aware of for a long time.