STOCKHOLM (AP) — An Italian surgeon who made headlines in 2011 for carrying out the world’s first stem-cell windpipe transplants at Sweden’s leading hospital went on trial Wednesday accused of aggravated assault against three of his patients.

Stem-cell scientist Dr. Paolo Macchiarini, who was once considered a leading figure in regenerative medicine, is credited with creating the world’s first windpipe partially made from a patient’s own stem cells.

In December 2018, Sweden decided to reopen a previously discontinued investigation into three cases. Additional written evidence was obtained, and more interviews were held with individuals in Sweden, Belgium, Britain, the United States and Spain.

Macchiarini was fired from Karolinska Institute in March 2016 for breaching medical ethics after being accused of falsifying his resume and misrepresenting his work.

When Macchiarini’s first windpipe transplant was reported in the medical journal Lancet in 2008, it was hailed as a breakthrough in regenerative medicine. Macchiarini’s new airway — partly made using stem cells from the patient — was thought to herald a new era where new organs could be made in the laboratory.

Despite an independent commission in Sweden that found numerous problems in Macchiarini’s work, the Lancet has so far declined to retract the study.

Macchiarini earlier had disputed the accusations, saying they were false.

He operated on 20 patients to provide them with an artificial windpipe — from countries including Spain, Russian, Iceland, Britain and the U.S. Critics say Macchiarini skirted medical ethics to carry out dangerous procedures with no proven benefit and that he fabricated descriptions of his patients’ conditions.

In 2019, an Italian court sentenced Macchiarini to 16 months in prison for forging documents and abuse of office. 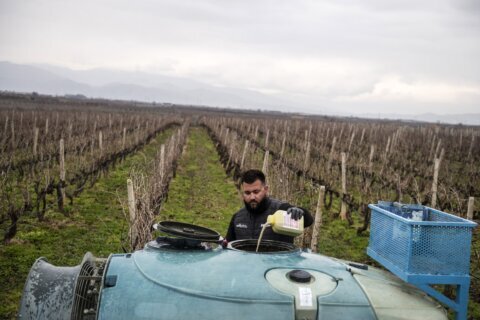 No warmth for Russia at diplomatic conference on Antarctica