COPENHAGEN, Denmark (AP) — Danish brewer Carlsberg said Thursday that it saw a strong growth in the first three months of the year despite trying to sell its business in Russia, where it generated around 10% of its sales, reporting it saw “only limited impact from the war” in Ukraine.

While Carlsberg beer is no longer sold in Russia, the company still owns Baltika Breweries, one of the largest brewing operations in Russia and the biggest exporter of Russian beer. The brand is still operating and employs 8,400 people.

The company says it is trying to sell Baltika Breweries and until the deal is complete, the business is still operating to retain its workers. Carlsberg declined to give details on the sale.

The Copenhagen-based company said March 28 that it was ending its Russian business over the invasion of Ukraine.

Carlsberg said it had been “a turbulent quarter” because of the events in Ukraine and trying to sell Baltika Breweries. But it reported that sales — excluding Russia — increased 27.9% compared with the same period a year ago.

Despite still operating in Russia, the brewer said that business is “no longer part of Central and Eastern Europe for reporting purposes.”

If Russia were included in the figures, volumes would have increased by 8.3% compared with the first quarter of last year and revenue by 23.1%, the company said. 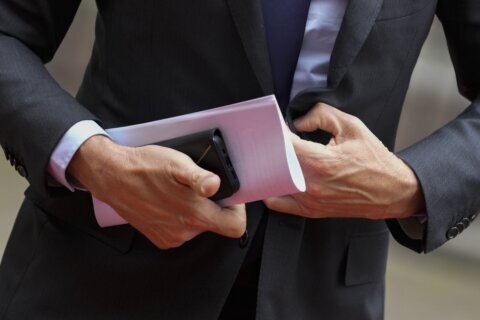