LONDON (AP) — Nickel trading in London was suspended Wednesday shortly after it resumed following a weeklong halt as the exchange investigated a glitch.

The London Metal Exchange said it had to pause trading to investigate a “system error” that let the price fall below a lower daily limit.

The exchange brought in daily price limits to reduce volatility as part of efforts to restart trading for the nickel contract, which was first suspended last week when the price skyrocketed to over $100,000 per ton.

The exchange said it “allowed a small number of trades” to be carried out below the lower price limit. It vowed to reopen trading “as soon as possible.”

Nickel trading was plunged into turmoil last week when a big bet by Chinese metals giant Tsingshan Holding Group went bad. Tsingshan was betting that nickel prices would slump but instead they staged an unprecedented rally amid severe economic sanctions against Russia, a major global producer of the metal, over its invasion of Ukraine.

The big fear was that Tsingshan would struggle to make margin calls with its bankers, potentially facing billions of dollars in losses. In a margin call, a broker tells a client to put up cash after it borrowed money to make trades.

Tsingshan said this week that it struck a deal with creditors so they wouldn’t make margin calls or close out their positions against the company while it resolves the problem. 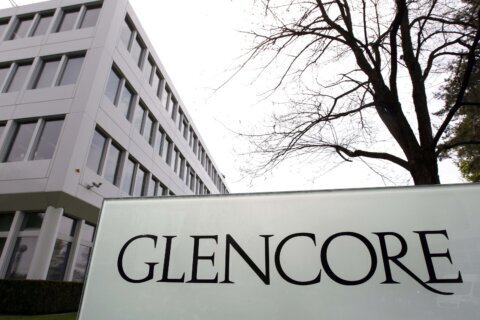 Glencore pays up to $1.5B to resolve corruption claims