BERLIN (AP) — A Syrian man who allegedly supported the Islamic State group’s ideology has been charged with making preparations for an attack in Germany, prosecutors said Tuesday.

The suspect, who was identified only as Abdullah H. in keeping with German privacy rules, was charged at a Berlin court with preparing a serious act of violence and terror financing. He was arrested in November 2019 in another case, which prosecutors gave no details of.

Federal prosecutors said that he decided by June 2019 to carry out an attack in Germany that would be on a similar scale to previous IS attacks in Europe. They said his aim was to kill or wound as many people as possible.

Prosecutors said that the man acquired material to build improvised explosive devices, including acetone, hydrogen peroxide and sulfuric acid. He also allegedly made enquiries about using ordinary fertilizer as an explosive, acquired various metal parts and tools, and began to build a submachine gun.

The alleged plans were halted by his arrest, prosecutors said. 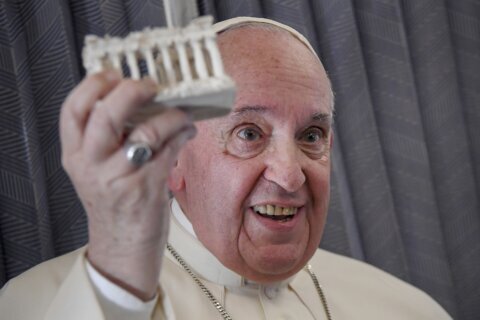