MOSCOW (AP) — A doctor for former Georgian President Mikheil Saakashvili says his condition is deteriorating 10 days into a hunger strike that he started after being arrested when he returned to the country.

Saakashvili, 53, left Georgia in 2014 and became a Ukrainian citizen. He faces several charges in Georgia and earlier was sentenced in absentia to up to six years in prison. He returned to Georgia with the aim of trying to galvanize opposition to the ruling party ahead of national municipal elections and was arrested on Oct. 1.

His doctor, Dr. Nikoloz Kipshidze, told Mtavari Arkhi TV on Sunday that “his condition has worsened, he has difficulty walking, it is difficult for him to speak.” Kipshidze said he would seek Saakashvili’s transfer to a hospital on Monday.

The United National Movement party that was founded by Saakashvili placed a distant second to the ruling Georgian Dream party in the election that was held two days after Saakashvili’s arrest, although mayoral races in the country’s six largest cities will be decided in a second round of voting. 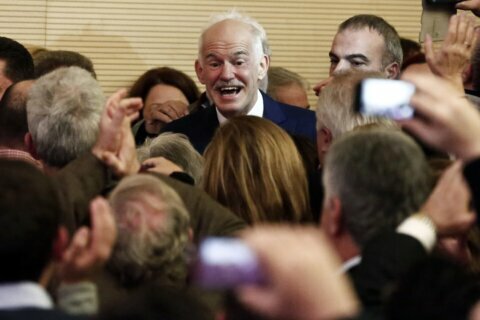