Coronavirus News: Antidepressant shows promise for treating early COVID | Pandemic led to record pro bono hours in DC | Local cases of COVID-19 | How many in DC region are vaccinated?
Home » Europe News » Activists, WHO in the…

Activists, WHO in the frame as Nobel Peace guessing starts

STAVANGER, Norway (AP) — The annual Nobel Peace Prize shines the brightest of lights on the person or group thought to have done most to promote peace. But guessing who it will be is just a stab in the dark.

That’s because the secretive Norwegian Nobel Committee never drops any advance hints. In the past decade, winners have included diplomats, doctors, dissidents and presidents. Who were the other candidates? We can’t know for sure — the panel keeps their ruminations in a vault for 50 years.

Bookmakers have the World Health Organization as the most likely winner for 2021, for its work during the pandemic.

But Rupert Adams at William Hill, one of Britain’s biggest bookies, jokes that picking a winner is “the world’s most difficult job,” adding he “can’t think of a harder market to price.” The company has nailed it only once this century — Malala Yousafzai in 2014.

Henrik Urdal, director of the Peace Research Institute Oslo, says the pandemic is an important backdrop to this year’s prize. But he scrapped plans to make COVAX, the United Nations-sponsored vaccine equity organization, his top pick. Rollout of COVID-19 jabs to poor countries has been too slow, he says.

Instead, the Nobel tipster says “the problems of public disinformation” might be recognized by the panel. He picks Reporters Without Borders as his favorite, saying the committee could recognize an organization “focused on the importance of independent reporting and press freedom in the face of the dire risks.”

As much as the winner always makes the headlines, the delayed nomination process means the judging panel are often sifting through candidates from yesterday’s news. Nominations close at the end of February, meaning the longlist is dominated by movers and shakers from the previous year.

Black Lives Matter protests after the murder of George Floyd in 2020 pushed the pandemic off the front pages, and may impress the awards panel. Norwegian lawmaker Petter Eide has said he nominated the group for raising the issue of racial justice around the world.

Headline maker Sviatlana Tsikhanouskaya led peaceful protests in Belarus in 2020, as President Alexander Lukashenko won what many saw as a rigged election. She is the bookmakers’ individual favorite. Alexei Navalny, the jailed Russian opposition leader, could also be a winner.

Less likely, thinks Urdal, is the selection of former foes who have come to the negotiating table, like 2016 winner Juan Manuel Santos, the Colombian president who cut a deal with rebels to end 50 years of civil war.

“The main reason we don’t have these kinds of conventional candidates is that there are no peace processes that are sufficiently mature,” Urdal said.

He also noted that the panel burnt its fingers in 2019, when it awarded the prize to Ethiopian Prime Minister Abiy Ahmed “for his efforts to achieve peace and international cooperation.” Abiy’s image is today marred by a war that erupted in Ethiopia’s Tigray region in November, triggering a hunger crisis.

“They are wary of engaging too early with any process that could backfire,” says Urdal.

Perhaps that is why winners are often named a year after they are most hotly tipped.

Malala Yousafzai, the Pakistani teenager who continued to campaign for girls’ and women’s rights after being shot in the head by the Taliban, was a favorite in 2013. But she only received the prize — alongside Indian children’s rights campaigner Kailash Satyarthi — in 2014.

Likewise, Dennis Mukwege, the Congolese doctor treating victims of wartime sexual violence, was tipped for several years before finally getting the award, alongside another longtime favorite, campaigner Nadia Murad, in 2018.

A similar cooling-off period might pave the way for climate activist Greta Thunberg in 2021. The Swedish teenager was hotly tipped in 2020 after dominating the news agenda for much of the previous year.

A report in August from a former Nobel winner, the Intergovernmental Panel on Climate Change, which predicted fires and floods, helped force the climate back on the news agenda.

In this atmosphere, a prize for Thunberg would electrify the world, said Urdal, even if he believes the United Nations Framework Convention on Climate Change would be a more worthy winner.

Unlike the other Nobels, which are handed out in Sweden, the Peace Prize is an all-Norwegian affair.

Though the government has no say in the matter, this quirk put the whole country in hot water in 2010, when the independent panel enraged Beijing by awarding the prize to Chinese dissident Liu Xiaobo.

China suspended a bilateral trade deal and restricted imports of Norwegian salmon. Relations were only fully normalized in 2017.

If the five-person panel feels like stoking controversy in 2021, it could award the prize to Uyghur activist Ilham Tohti, who was jailed for life in 2014 on charges of promoting separatism. A prize to Nathan Law Kwun-chung would also likely upset Beijing. He is a leading figure in the pro-democracy movement in Hong Kong.

The Nobel Peace Prize is awarded on Friday, Oct. 8.

A week of Nobel Prizes kicks off on Oct. 4 with “Physiology or Medicine.” Physics is on Oct. 5, Chemistry Oct. 6, Literature Oct. 7, and Economics Oct. 11. 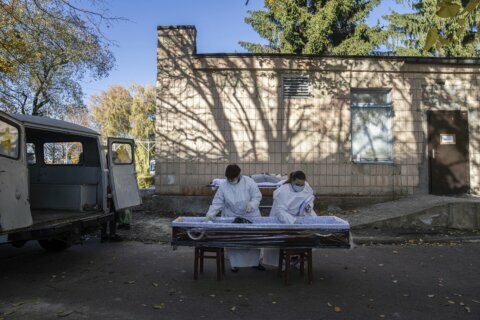