Refugees fleeing the long conflict in Syria once were welcomed in neighboring Turkey with open arms, sympathy and compassion for fellow Muslims. But attitudes gradually hardened as the number of newcomers swelled over the past decade.
Listen now to WTOP News WTOP.com | Alexa | Google Home | WTOP App | 103.5 FM

ANKARA, Turkey (AP) — Fatima Alzahra Shon thinks neighbors attacked her and her son in their Istanbul apartment building because she is Syrian.

The 32-year-old refugee from Aleppo was confronted on Sept. 1 by a Turkish woman who asked her what she was doing in “our” country. Shon replied, “Who are you to say that to me?” The situation quickly escalated.

A man came out of the Turkish woman’s apartment half-dressed, threatening to cut Shon and her family “into pieces,” she recalled. Another neighbor, a woman, joined in, shouting and hitting Shon. The group then pushed her down a flight of stairs. Shon said that when her 10-year-old son, Amr, tried to intervene, he was beaten as well.

Shon said she has no doubt about the motivation for the aggression: “Racism.”

Refugees fleeing the long conflict in Syria once were welcomed in neighboring Turkey with open arms, sympathy and compassion for fellow Muslims. But attitudes gradually hardened as the number of newcomers swelled over the past decade.

Anti-immigrant sentiment is now nearing a boiling point, fueled by Turkey’s economic woes. With unemployment high and the prices of food and housing skyrocketing, many Turks have turned their frustration toward the country’s roughly 5 million foreign residents, particularly the 3.7 million who fled the civil war in Syria.

In August, violence erupted in Ankara, the Turkish capital, as an angry mob vandalized Syrian businesses and homes in response to a the deadly stabbing of a Turkish teenager.

Turkey hosts the world’s largest refugee population, and many experts say that has come at a cost. Selim Sazak, a visiting international security researcher at Bilkent University in Ankara and an advisor to officials from the opposition IYI Party, compared the arrival of so many refugees to absorbing “a foreign state that’s ethnically, culturally, linguistically dissimilar.”

“Everyone thought that it would be temporary,” Sazak said. “I think it’s only recently that the Turkish population understood that these people are not going back. They are only recently understanding that they have to become neighbors, economic competitors, colleagues with this foreign population.”

On a recent visit to Turkey, United Nations High Commissioner for Refugees Filippo Grandi acknowledged that the high number of refugees had created social tensions, especially in the country’s big cities. He urged “donor countries and international organizations to do more to help Turkey.”

The prospect of a new influx of refugees following the Taliban takeover of Afghanistan has reinforced the unreceptive public mood. Videos purporting to show young Afghan men being smuggled into Turkey from Iran caused public outrage and led to calls for the government to safeguard the country’s borders.

The government says there are about 300,000 Afghans in Turkey, some of whom hope to continue their journeys to reach Europe.

Turkish President Recep Tayyip Erdogan, who long defended an open-door policy toward refugees, recently recognized the public’s “unease” and vowed not to allow the country to become a “warehouse” for refugees. Erdogan’s government sent soldiers to Turkey’s eastern frontier with Iran to stem the expected flow of Afghans and is speeding up the construction of a border wall.

Immigration is expected to become a top campaign topic even though Turkey’s next general election is two years away. Both Turkey’s main opposition party, the Republican People’s Party, or CHP, and the nationalist IYI Party have promised to work on creating conditions that would allow the Syrian refugees’ return.

Following the anti-Syrian violence in the Altindag district of Ankara last month, Umit Ozdag, a right-wing politician who recently formed his own anti-immigrant party, visited the area wheeling an empty suitcase and saying the time has come for the refugees to “start packing.”

The riots broke out on Aug. 11, a day after a Turkish teenager was stabbed to death in a fight with a group of young Syrians. Hundreds of people chanting anti-immigrant slogans took to the streets, vandalized Syrian-run shops and hurled rocks at refugees’ homes.

A 30-year-old Syrian woman with four children who asked not to be named for fear of reprisals said her family locked themselves in their bathroom as an attacker climbed onto their balcony and tried to force the door open. The woman said the episode traumatized her 5-year-old daughter and the girl has trouble sleeping at night.

Some shops in the area remain closed, with traces of the disturbance still visible on their dented, metal shutters. Police have deployed multiple vehicles and a water cannon on the streets to prevent a repeat of the turmoil.

Syrians are often accused of failing to assimilate in Turkey, a country that has a complex relationship with the Arab world dating back to the Ottoman Empire. While majority Muslim like neighboring Arab countries, Turks trace their origins to nomadic warriors from central Asia and Turkish belongs to a different language group than Arabic.

Kerem Pasaoglu, a pastry shop owner in Istanbul, said he wants Syrians to go back to their country and is bothered that some shops a street over have signs written in Arabic instead of Turkish.

“Just when we said we are getting used to Syrians or they will leave, now the Afghans coming is unfortunately very difficult for us,” he said.

Turkey’s foreign minister this month said Turkey is working with the United Nations’ refugee agency to safely return Syrians to their home country.

While the security situation has stabilized in many parts of Syria after a decade of war, forced conscription, indiscriminate detentions and forced disappearances continue to be reported. Earlier this month, Amnesty International said some Syrian refugees who returned home were subjected to detention, disappearance and torture at the hands of Syrian security forces, proving that going back to any part of the country is unsafe.

Shon said police in Istanbul showed little sympathy when she reported the attack by her neighbors. She said officers kept her at the station for hours, while the male neighbor who threatened and beat her was able to leave after giving a brief statement.

Shon fled Aleppo in 2012, when the city became a battleground between Syrian government forces and rebel fighters. She said the father of her children drowned while trying to make it to Europe. Now, she wonders whether Turkey is the right place for her and her children.

“I think of my children’s future. I try to support them in any way I can, but they have a lot of psychological issues now and I don’t know how to help them overcome it,” she said. “I don’t have the power anymore. I’m very tired.

Wieting reported from Istanbul. Mehmet Guzel in Istanbul and Zeynep Bilginsoy in Bodrum, Turkey, contributed to this report. 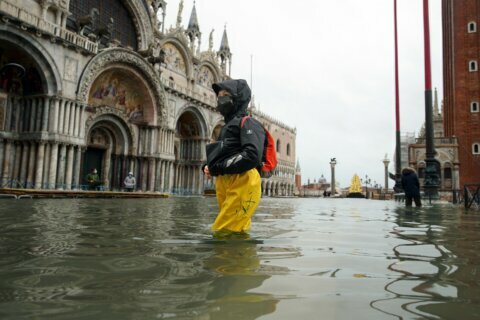 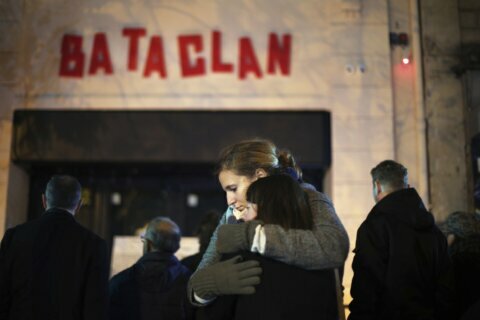 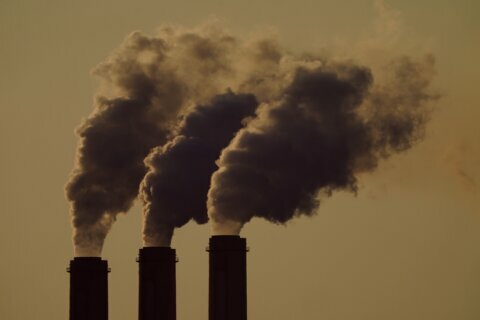