THE HAGUE, Netherlands (AP) — The chairman of a Dutch organization that lobbies for people’s right to end their own…
Listen now to WTOP News WTOP.com | Alexa | Google Home | WTOP App | 103.5 FM

THE HAGUE, Netherlands (AP) — The chairman of a Dutch organization that lobbies for people’s right to end their own lives and provides information to its members was detained Wednesday on suspicion of involvement in assisted suicide.

Prosecutors said in a statement that the man is suspected of “participation in a criminal organization whose object is to commit and/or plan the crime of assisted suicide.”

In 2002, the Netherlands became the first country in the world to legalize euthanasia and physician-assisted suicide under strict conditions. It remains illegal for somebody who is not a physician to help somebody to take their own life.

Prosecutors didn’t identify the suspect but the organization he leads, called the Final Will Cooperative, known by the Dutch acronym CLW, confirmed that its chairman, Jos van Wijk, had been detained.

In a reaction emailed to The Associated Press, the cooperative said it “regrets that the Public Prosecution Service has decided to arrest its chairman. Since its inception in 2013, the CLW has consciously acted within the law.”

The organization said that it “looks ahead to the further procedure with confidence.”

“He has always very carefully sought to remain within the law while seeking to expand the law,” Vis said, adding that Van Wijk and his organization always have been open and transparent about their activities. He called prosecutors’ decision to have Van Wijk detained “unnecessary and disproportionate.”

Debate has been going on for years in the Netherlands about the possibility of legalizing assisted suicide as a way of giving people control over the final phase of their lives and allowing distribution of a substance that people wishing to end their lives can take.

While the cooperative says that a majority of the Dutch population supports legalization, politicians remain deeply divided.

The group, which has says it has more than 26,500 members, is pushing for a law change. It filed a civil case against the Dutch state in April, arguing that the government is “acting unlawfully by denying its citizens the right to die with dignity under their own control.” The case is expected to go to court next year.

In another case, earlier this year, prosecutors also arrested a 28-year-old man from the southern city of Eindhoven on suspicion of providing a “suspicious substance” to at least six people who took her own lives. Prosecutors allege that he sold the substance from November 2018 until June this year. He hasn’t yet been put on trial.

Coal mine project tests UK commitment to climate versus jobs 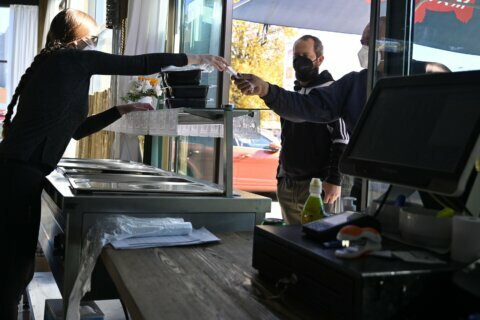