French minister: No mystery submarine deal came as ‘a shock’

STOCKHOLM (AP) — France’s defense minister said Friday it was “not a mystery” that the announcement of defense deal among the the United States, the United Kingdom and Australia that killed a multi-billion-dollar French submarine contract came as a shock to French officials.

Defense Minister Florence Parly spoke after a meeting of the European Intervention Initiative, a 13-country defense cooperation framework that is separate from NATO and to which the U.K. also belongs. The meeting was held at a castle in Stockholm.

“We expect clarification” from “an ally and a European country,” Parly said in a reference to Britain.

The three-way strategic defense alliance announced by Australia, the U.K. and the U.S. includes building a class of nuclear-propelled submarines. As part of the deal, Australia will cancel a contract with France to buy diesel-electric French submarines and acquire U.S. nuclear-powered vessels instead.

The French government has suggested it was caught off-guard and betrayed by the deal. In an unprecedented move, France recalled its ambassadors to the United States and Australia to protest what the French said amounted to a stab in the back by allies.

Parly said NATO “needs to discuss how to improve our political dialogue, because being an ally is one thing. But we need to be good allies, trustful allies.”

The so-called AUKUS alliance also has angered China because it is focused on the Indo-Pacific region, where the rise of China is seen as an increasing threat.

Macron’s office said the prime minister “expressed his intention to restore cooperation between France and the United Kingdom,” notably in the Indo-Pacific region. The French president told Johnson that “he is waiting for his proposals,” according to a terse French statement.

Johnson’s office gave a more upbeat version, saying the two leaders “reaffirmed the importance of the UK-France relationship and agreed to continue working closely together around the world on our shared agenda, through NATO and bilaterally.” 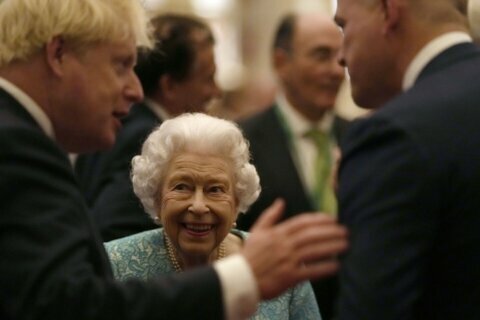 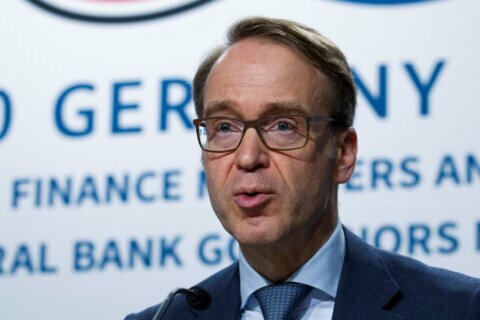