Cyprus says August was hottest month on record since 1983

NICOSIA, Cyprus (AP) — Meteorologists in Cyprus said Friday that August was the east Mediterranean island’s hottest month since the recording of temperatures began 38 years ago.

The highest temperature recorded last month was 44.3 degrees Celsius (111.74 Fahrenheit), the third-hottest recorded for an August since 1983.

U.S. weather officials previously announced that July was the hottest month on Earth in 142 years of recordkeeping, .

In July, Cyprus suffered what authorities called it’s “most destructive wildfire” in many decades. It killed four people, scorched more than 50 square kilometers (20 square miles) of forest and orchards and destroyed dozens of homes.

Although there has been no scientific study linking climate change to the increasing frequency of large wildfires in Cyprus, Environment Minister Costas Kadis said last month that empirical evidence shows this to be the case.

Swiss cast ballots on whether to allow same-sex marriage 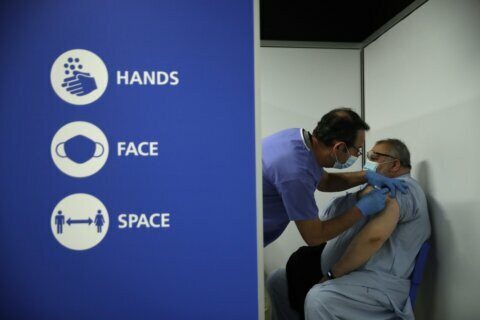