ANKARA, Turkey (AP) — Turkish President Recep Tayyip Erdogan said Friday that a 135-billion cubic meter natural gas reserve has been discovered in Black Sea waters, which could help the energy-dependent country cover its needs in the years to come.

The announcement follows one last year that another 405 billion cubic meters of natural gas were found in the Black Sea.

“Our Fatih drilling ship has made a 135-billion cubic meter new natural gas discovery in the Sakarya gas field’s Amasra-1 borehole,” Erdogan said at the opening of a new port in the Black Sea coastal province of Zonguldak.

“Our total gas discovery in the Black Sea has now reached 540 billion cubic meters,” he said, adding that more gas discoveries in the region were possible.

The government says it plans to extract and use the gas by 2023, in a bid to decrease its dependence on energy imports from Russia, Iran and Azerbaijan.

Erdogan said authorities would work “day and night” to achieve that target.

Turkey has increased its search for offshore hydrocarbon resources. Last year, it sent vessels into the eastern Mediterranean, touching off a maritime border dispute with neighboring Greece and Cyprus.

The Latest: Putin arrives in Geneva for talks with Biden 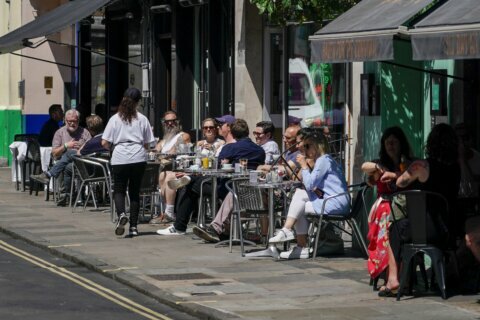 UK inflation up more than expected amid COVID fluctuations