Lawmakers from six political forces were sworn into the 240-seat national legislature. Prime Minister Boyko Borissov’s GERB party won the most seats in the election, 75, but fell well short of the majority needed to form a government on its own..

Addressing the legislators, President Rumen Radev said he would hold consultations with the parliamentary groups on Monday about the formation of Bulgaria’s next government.

Radev, who was a vocal critic of Borissov’s outgoing government, said the fragmented 45th National Assembly was an expression of a widespread desire for change after months of protests.

Under the terms of the Bulgarian Constitution, the president will give Borissov’s GERB a mandate to form a government. GERB is unlikely to be able to do so since other parties have refused to work with GERB. If that happens, the party that placed second in the election, ITN, will get the mandate.

ITN is a new party formed around popular TV entertainer Stanislav Trifonov, holds 51 parliament seats. Its The nominee for parliament speaker, legal expert Iva Miteva, was elected to the position in a 163-0 vote, with 75 abstentions. 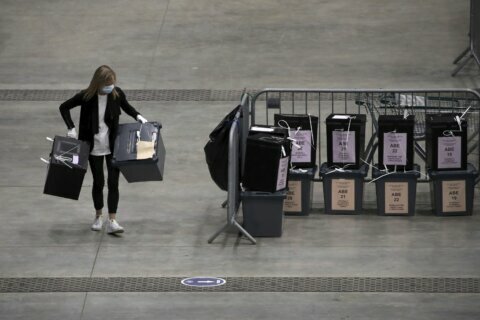