Putin: US Capitol unrest was a ‘stroll’

MOSCOW (AP) — Russian President Vladimir Putin on Thursday characterized the January insurrection at the U.S. Capitol by supporters of former President Donald Trump as a “stroll.”

Putin made the comment in a meeting on increasing investment activity, during which he said Russia is interested in stability in the United States.

“Some of the people who took a stroll to the U.S. Congress — 150 people were arrested, they face imprisonment from 15 to 25 years. Will all these internal controversies end there or not? We do not know, but we want it to end, because we are interested in stable relations with all our main partners,” Putin said.

More than 300 Trump supporters have been charged with a range of crimes stemming from the siege, which resulted in the deaths of five people, including a police officer.

While some face charges that carry a potential maximum prison sentence of 20 years, they would be unlikely to serve such a hefty sentence if convicted.

The rioters, who contended that Trump was the true winner of the 2020 election, were trying to prevent the U.S. Congress from certifying President Joe Biden’s win. 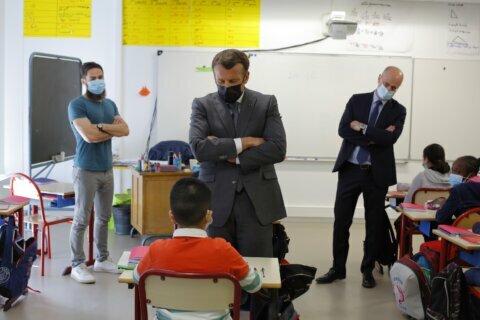