Turkey says 13 of its citizens killed by militants in N.Iraq

Hulusi Akar said 12 of the victims were shot in the head and one died of a shoulder bullet wound. They were discovered in the Gara region near the Turkish border during an operation against the Kurdistan Workers’ Party, or PKK, launched on Feb. 10.

Operation Claw-Eagle 2 led to the deaths of 48 PKK militants, including three senior members, and the capture of two insurgents, Akar said.

Chief of General Staff Gen. Yasar Guler said the operation covered an area of 75 kilometers by 25 kilometers (47 miles by 15 miles), one of the largest areas to be targeted in recent campaigns against the PKK.

“In searches of a cave, which was taken under control after intense clashes, the bodies of 13 of our abducted citizens were found,” Akar said from an operations center in Sirnak on the Turkish side of the border.

The victims had been killed at the start of the operation to seize the cave complex, Akar said, adding that “all the terrorists in the cave… have been neutralized.”

The identity of the Turkish citizens was not initially revealed and Akar said their kidnapping had not previously been disclosed due to security reasons.

The 13 bodies were flown to the central Turkish city of Malatya, where a prosecutor will oversee an investigation.

Malatya Governor Aydin Barus later said 10 of the dead had been identified and named them as soldiers or police officers, as well as two civilians, kidnapped inside Turkey in the last six years.

In a statement carried by the PKK-linked Firat news agency, the PKK said “prisoners of war” consisting of members of the Turkish security forces and intelligence agency were killed as a result of Turkey’s attack.

Turkish officials said the underground cave system, which had three entrances and nine separate chambers, was manned by ten insurgents, two of whom were captured before the cave was stormed by Turkish troops.

Ammunition stores and PKK bases in the mountainous region were destroyed in the operation, which deployed air strikes and helicopter-borne soldiers. The PKK uses bases in northern Iraq to launch cross-border attacks against Turkey.

Three Turkish troops died during the operation and three others were wounded, Akar said.

Ruling party spokesman Omer Celik said the hostage killings were “an attack on all humanity” while Devlet Bahceli, who leads a nationalist party allied to the government, described the incident as “like a fireball that has crashed on the nation’s hearts.”

Opposition leader Kemal Kilicdaroglu offered his condolences to those killed by the “treacherous terrorist organization”.

Tens of thousands of people have been killed since the PKK, which is designated a terrorist organization by the U.S. and European Union, began an insurgency in Turkey’s majority Kurdish southeast region in 1984. 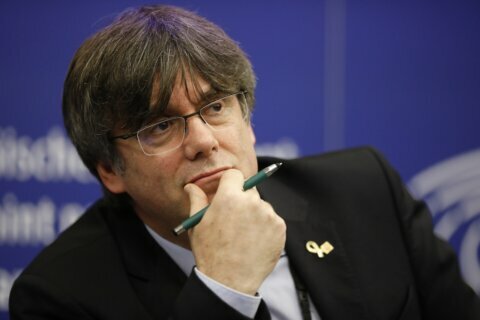