Belarus to hold constitutional vote in less than one year

KYIV, Ukraine (AP) — The authoritarian leader of Belarus said Friday that a referendum on changing the ex-Soviet nation’s constitution would be held in less than a year, part of government efforts to stem the tide of opposition protests.

Wrapping up the two-day All-Belarus People’s Assembly, President Alexander Lukashenko said the constitutional vote would be conducted simultaneously with municipal elections which are to be held no later than Jan. 18, 2022.

He wouldn’t discuss details of the proposed constitutional changes in his speech before 2,700 delegates at the assembly, who were nominated by labor collectives in sync with state-controlled unions.

Lukashenko, who has ruled Belarus for more than 26 years, vaguely promised the assembly that he would step down someday, saying that “the time will come and other people will come.”

Belarus has been engulfed by protests ever since official results from Aug. 9 presidential elections gave Lukashenko a landslide victory. The main opposition candidate, Sviatlana Tsikhanouskaya, and her supporters have dismissed the result as rigged, and some poll workers also have described voting manipulation.

Authorities have responded to protests, the biggest of which attracted up to 200,000 people, with a massive crackdown. According to human rights advocates, more than 30,000 people have been detained since the protests began, and thousands of them were brutally beaten.

Lukashenko on Friday dismissed the Western criticism of the crackdown, charging that “we have never had any political prisoners.”

The opposition has dismissed the assembly convened by Lukashenko as an attempt to soothe public anger and shore up his rule.

Tsikhanouskaya dismissed the gathering as “fake,” saying on Twitter that “the regime holds Belarusians hostage.” 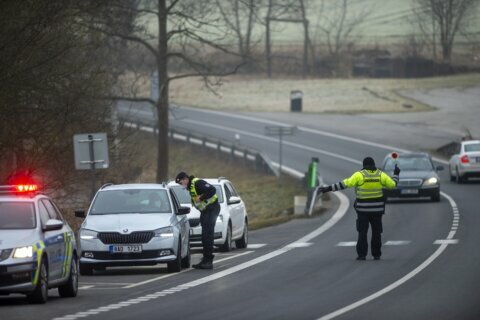