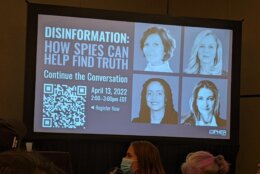 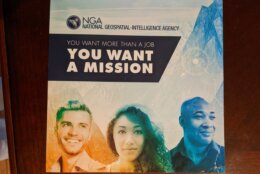 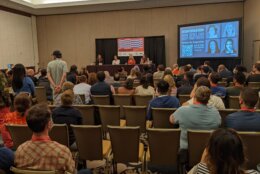 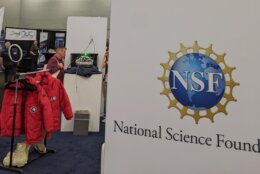 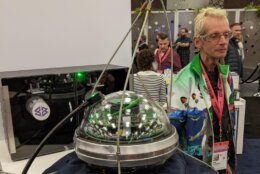 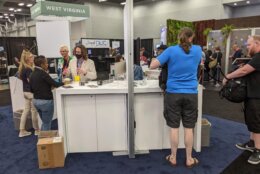 The South by Southwest Trade Show is perhaps the least-heralded component of this massive festival, which encompasses film, television, technology, comedy, blockchain, cannabis and music.

For the several hundred exhibitors who fill the main hall of the Austin Convention Center, the opportunity to showcase innovative technology, emerging concepts and even sell product often constitutes a critical piece of these organizations’ annual marketing programs.

But amid the startups, global innovation showcases and a handful of established name-brand companies, you might be surprised to find individuals from three U.S. government agencies staffing their 10-square-foot exhibit booths.

Actually, more than just a few.

“The convergence of cutting-edge technologies, data analytics and other STEM-related fields makes South-By an ideal recruiting environment … we look for candidates with intellectual curiosity, interest in international affairs, foreign languages and experience overseas; people who desire meaningful work, have an interest in solving interesting problems and want to serve their nation.”

All that and more, Randall says, is prevalent at South-By-Southwest.

It should really come as no surprise that intelligence agencies are actively recruiting — after all, a Monday afternoon SXSW panel entitled “Disinformation: How Spies Can Help Find Truth,” played before an enormous crowd, focusing extensively on the ways the intelligence community tackles the issues of disinformation through an in-depth discussion about how the government, media and technology platforms, academia and the private sector must cooperate and integrate missions that seriously affect national security.

No less clandestine in their efforts to recruit is the NGA, which delivers what they call “timely, relevant, accurate and actionable intelligence that describes, assesses and physically depicts features and geographically referenced activities across the globe in order to provide actionable intelligence that allows the U.S. government’s executive branch, national policymakers and Department of Defense to render critical decisions, including possible battlefield engagement, to fight such issues as terrorism, weapons of mass destruction, political crises and more.”

While the legacy of U.S.-based intelligence organizations recruiting foreign nationals and converting everyday Americans into double agents is very much the stuff of spy novels and espionage films, both entities are crystal clear about their needs to recruit new personnel — individuals who are far more reflective, demographically, of both the countries and communities in which they might potentially operate, as well as the shifting landscape of our own nation.

According to several industry insiders, the quest for diversity within the intelligence community, while really only a recent area of focus, has been indeed extensive. Late last year, five different agencies, including the CIA, detailed to Congress plans to improve diversity, equity, inclusion and accessibility within their workforces.

While recruitment is not necessarily a main focus for the National Science Foundation, such results have also emerged as a byproduct of that organization’s participation in Austin.

“We are constantly in the market for new talent, even though that’s not really why we’re here at South-By,” said NSF Public and Media Affairs Branch Chief Jennifer Plozai. “People constantly walk up to us saying they would love to work with an institution like the National Science Foundation, and ask about existing careers and opportunities. And since there are always job openings with NSF, we often wind up finding new team members at events such as these.”

But as Plozai explained, the core mission of NSF is really education and information.

“As a U.S. federal government agency, NSF funds almost $9 billion of science and engineering research across the nation,” she said. “We develop research infrastructure; manage such initiatives as the U.S. Antarctic program; we were major funders of the Event Horizon telescope, which captured the first image of the black hole in 2019; we fund tech entrepreneurs and innovators and support the research and development that ultimately become products people use in their every day lives. We’re here at SXSW because we want to impact this vibrant and active audience and raise overall public awareness for our work and our mission.”

But, hey: If, like the CIA and NGA, they wind up picking up a few new employees along the way, well, that’s truly an added bonus.

Shakespeare Theatre’s ‘Our Town’ examines the profound in the everyday