NEW YORK (AP) — The Poetry Foundation has chosen Michelle T. Boone as its new president, the first time a woman and a person of color will be leading the wealthy, Chicago-based institution that oversees the century-old Poetry magazine, organizes workshops and other programs, and distributes millions of dollars in awards and grants.

Boone, 59, has extensive experience in government and foundation work. Her previous jobs include commissioner of the Chicago Department of Cultural Affairs and Special Events, and senior program officer at the Joyce Foundation. She is a board member for several Chicago cultural organizations.

“This is an incredible opportunity,” Boone told The Associated Press on Wednesday, adding that the Poetry Foundation seemed like a “natural progression” for her.

Poetry magazine was started in 1912 and has published work by T.S. Eliot, William Carlos Williams, and other leading poets of the 20th and 21st centuries. It had operated under a tiny budget until Ruth Lilly, heir to the Eli Lilly pharmaceutical fortune, donated $100 million to the magazine in the early 2000s.

The foundation was established in 2003, and like many cultural organizations around the country has been trying to diversify and otherwise break from its historically white past since last summer’s Black Lives Matter protests. Foundation president Henry Bienen and board chairman Willard Bunn III resigned in June 2020 after the foundation was widely criticized for what was seen as a weak response — a four-sentence statement — to the death of George Floyd and the protests which followed.

“Given the stakes, which equate to no less than genocide against Black people, the watery vagaries of this statement are, ultimately, a violence. We demand that the Poetry Foundation and Poetry magazine do more and do better,” read a letter signed last year by the writers Ocean Vuong, Eve L. Ewing and more than 1,000 others.

The current board chair, Caren Yanis, said in a statement Wednesday that Boone was well suited to transforming the foundation while continuing its mission of promoting poetry.

“We’re confident in Michelle’s organizational and strategic planning skills to strengthen and sustain audiences for the art of poetry,” she said. “Our goal is to become an equitable organization that fosters dignity and integrity, builds trust with partners and community members, and sustains and grows resources including Poetry magazine and PoetryFoundation.org.” 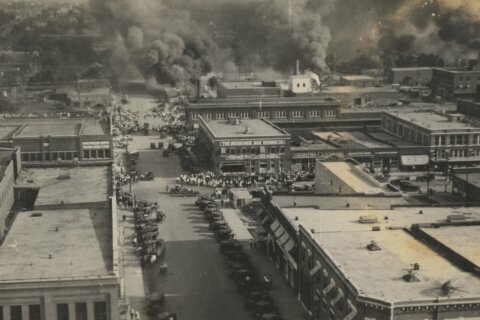