A northern Virginia school board has fired its superintendent after a special grand jury accused him of lying to the…
Listen now to WTOP News WTOP.com | Alexa | Google Home | WTOP App | 103.5 FM

A northern Virginia school board has fired its superintendent after a special grand jury accused him of lying to the board about the sexual assault of a student.

Ziegler had been under fire after a student sexually assaulted classmates at two different high schools last year — incidents that became a touchstone for an array of incendiary cultural and political issues ahead of Republican Gov. Glenn Youngkin’s election victory last year.

Attorney General Jason Miyares convened the grand jury last year after a request from Youngkin to investigate the school system.

The grand jury issued a harsh report Monday that singled out Ziegler for criticism.

At a June 2021 school board meeting, Ziegler answered questions from board members as they considered policies related to transgender students, including whether those students can use restrooms of their preferred gender.

In response to a question, Ziegler denied that the school system ever had an incident involving students being assaulted in school restrooms. But the grand jury report said Ziegler was aware of the assault that had occurred in May 2021 and had even sent school board members an email about it.

The boy who was convicted of the assaults was wearing a skirt when the first assault occurred, playing into a national debate over how schools should treat transgender students and whether they should be allowed to use restrooms different to their biological sex. The student was assigned male at birth and it is not clear whether he identifies as gender-nonconforming.

The assaults and the school system’s response became major issues in Youngkin’s and Miyares’ winning election bids in November 2021, and both promised to investigate the school system if elected.

The school board sought to quash the investigation, calling it politically motivated, but the Virginia Supreme Court ruled earlier this year that the grand jury could move forward with its work.

The special grand jury has issued no indictments, though it remains empaneled.

The report also faulted school administrators for treating the father of the first victim harshly when he came to the school after his daughter was assaulted. And the report concluded that the second assault could have been avoided if administrators had heeded warning signs in the student’s behavior, which were reported by teachers. 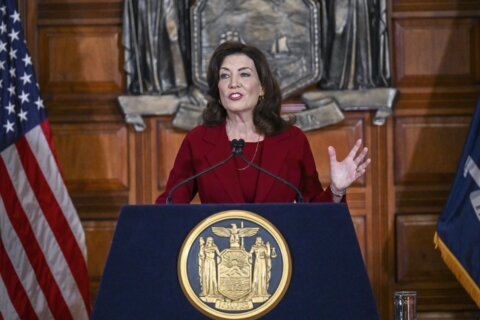