EXPLAINER: Schools may be Texas’ next immigration fight

AUSTIN, Texas (AP) — Forty years after the U.S. Supreme Court upheld the right to a public education for all students regardless of legal status, Texas Gov. Greg Abbott says that decision is another longstanding precedent worth challenging.

The Republican is raising the idea of Texas mounting a renewed challenge over school funding for children living in the U.S. without legal authorization. It comes as the Supreme Court’s conservative majority appears ready to overturn another decades-old ruling, Roe v. Wade, which guaranteed the right to an abortion nearly 50 years ago.

The comments by Abbott, who is running for a third term in November and has elevated his national profile over the past year through hardline immigration measures, drew swift criticism from immigration rights groups and the White House.

WHAT WOULD TEXAS CHALLENGE?

The requirement that public schools teach all children was affirmed by a 1982 ruling in a case known as Plyler v. Doe. The 5-4 decision struck down a Texas law that sought to deny enrollment to any student not “legally admitted” into the country.

The ruling held that the Texas law violated the Constitution’s Equal Protection Clause. It is considered by legal experts to be a landmark case over public education.

Advocates for strict immigration limits have previously sought ways to weaken the decision. One of the more prominent tests came when California voters in 1994 approved Proposition 187, which prohibited immigrants in the country without legal authorization from receiving public health care, education or other social services. The law was overturned.

“What the court recognized in Plyler is that you’re creating a shadow population,” said Geoffrey Hoffman, director of the Immigration Clinic at the University of Houston Law Center. “In other words, these children, there’ll be repercussions throughout their lives if they don’t get an education.”

WHAT DID ABBOTT SAY?

Texas Republicans have moved increasingly to the right during Abbott’s seven years in office, particularly over immigration and border security, which Abbott has made the cornerstone of his administration.

One law Abbott signed in 2017 lets police ask during routine stops whether someone is in the U.S. legally. More recently, Abbott has spent billions of dollars on a sweeping border security mission called Operation Lone Star, which has resulted in state troopers arresting migrants on trespassing charges and thousands of National Guard members stationed on the border.

On Wednesday, a conservative talk radio host asked Abbott what he could do about the costs of educating children living in the U.S. without legal authorization, describing it as a burden on local districts. It is unclear how many such students there are or the costs, as Texas does not track citizenship in classrooms.

Abbott pointed to the Plyler decision in his answer.

“I think we will resurrect that case and challenge this issue again,” Abbott said. “Because the expenses are extraordinary and the times are different than when Plyler v. Doe was issued many decades ago.”

Asked again about it Thursday, Abbott said the crux of the argument would be that the federal government should foot the bill amid the high numbers of migrant crossings.

Hoffman said Texas made those same economic arguments in the Plyler case and was rejected by the court.

WHAT’S BEEN THE RESPONSE?

One of the groups behind the Plyler case, the Mexican American Legal Defense and Education Fund, said Abbott was trying to inflict harm the court sought to avoid decades ago. Democrat Beto O’Rourke, the former presidential candidate who is running against Abbott in November, accused the governor of being “against providing public education to all the children of the state of Texas.”

Abbott gave no timeline of when or how Texas might bring a new challenge. Any new law drafted by Republicans would have to wait until 2023, when the state Legislature returns. 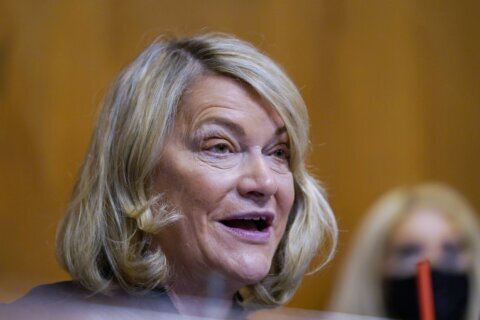