Browse any medical dictionary, and before hitting appendectomy and anesthesia, you’ll find abortion.

The first two procedures are part of standard physician education. But for many U.S. medical school students and residents who want to learn about abortions, options are scarce.

And new restrictions are piling up: Within the past year, bills or laws seeking to limit abortion education have been proposed or enacted in at least eight states. The changes are coming from abortion opponents emboldened by new limits on the procedure itself, as well as a pending Supreme Court decision that could upend the landmark Roe v. Wade decision legalizing abortion.

“It’s quite terrifying what’s going on,” said Ian Peake, a third-year medical student in Oklahoma, where the governor on April 12 signed a measure outlawing most abortions.

Abortion training is not offered at Oklahoma’s two medical schools and education on the topic is limited. Aspiring doctors who want to learn about it typically seek out doctors providing abortions outside the traditional medical education system.

Peake, 32, said if he wanted to learn to do colonoscopies, for example, he could work with school staff to shadow a doctor doing research or working in a clinic.

“That would be easy,” he said. “To do the same for abortion, that’s almost impossible.” He said it took him six months to find a provider willing to teach him.

Nevada medical student Natasha McGlaun got outside training and created a workshop on how to perform a standard medical procedure used in abortions. She offers it at night, in her own free time.

The 27-year-old is the daughter of “pro-feminist” parents and the mother of two young girls whose right to reproductive choice she wants to protect.

“It was kind of a joke in my family: If people tell me I can’t do something, I’m going to do it twice as hard,” she said. “I kind of feel this moral, righteous drive to go for it.”

U.S. physician education typically includes four years of medical school, where students learn the basics of general medicine and hands-on patient care. They graduate with a medical degree that officially makes them doctors. Most then spend at least three years in residency programs where they receive intense on-the-job training and specialty skills.

U.S. medical schools require students to complete a clerkship in obstetrics and gynecology, but there is no mandate that it include abortion education. At the post-graduate level, OB-GYN residency programs are required by an accrediting group to provide access to abortion training, though residents who object can opt out of performing abortions.

OB-GYNs perform most U.S. abortions, followed by family medicine specialists. But these aren’t always the first doctors that women encounter when they learn of an unintended pregnancy. Abortion rights supporters argue all physicians should know enough about the procedure to inform and counsel patients, and that such education should start in medical school.

In 2020, Stanford University researchers said they found that half of medical schools included no formal abortion training or only a single lecture.

“Abortion is one of the most common medical procedures,” they wrote. “Yet abortion-related topics are glaringly absent from medical school curricula.”

McGlaun helped sponsor a measure last year that asked the American Medical Association to support mandated abortion education in medical schools, with an opt-out provision. The influential group has long opposed curriculum mandates and turned down the proposal, but it said it supports giving medical students and residents the chance to learn about abortion and opposes efforts to interfere with such training.

An Idaho law enacted last year exemplifies the trend. It bars using tuition and fees for abortion and related activities in school-based clinics at institutions that receive state funds.

Other efforts include a Wisconsin bill that would bar employees of the University of Wisconsin and its hospitals from participating in abortions, including training. It failed to advance in March but its sponsor plans to reintroduce the measure. Similar proposals target public universities in Missouri and Ohio.

Divya Jain’s introduction to abortion came not at her Missouri medical school — where she said the procedure is rarely discussed — but at a Planned Parenthood clinic in Kansas. She was a clinic volunteer and saw the hurdles out-of-state women faced in obtaining the procedure. Some mistakenly ended up at a crisis pregnancy center across the street that tried to change their minds, Jain said.

At that moment, she knew she wanted to provide abortions. “It was like a snap of finger. That kind of changed it for me,” said Jain, who is studying public policy at Harvard while on leave from medical school at the University of Missouri-Kansas City.

The daughter of open-minded but traditional parents who immigrated to Kansas from India, Jain recalls growing up feeling trapped by her family’s traditional culture and a conservative white community where abortion was never discussed.

“I liked to stir the pot” and push boundaries, she said.

Jain knows the U.S. Supreme Court’s decision on whether to uphold Mississippi’s ban on abortions after 15 weeks of pregnancy could drastically change the U.S. abortion landscape. Regardless of the decision — expected by summer — Jain said her goal is set: to perform abortions in “hostile” states where providers are scarce.

“It’s really hard for patients to get the care that patients deserve and need, and I just think it’s wrong,” Jain said.

Dr. Keith Reisinger-Kindle, 33, associate director of the OB-GYN residency program at Wright State University’s medical school in Dayton, Ohio, said his aim to boost abortion training “has been an uphill battle” because of legislative obstacles.

When he arrived at the school almost two years ago, he said, “there was zero formal abortion education available.” He created and implemented abortion coursework for medical students and residents, with support from his university, and offers training at a nearby clinic where he also performs abortions.

The physician said a state legislator has lobbied university administrators to fire him. And in December, Ohio’s governor signed into law a measure that limits doctors who work at state institutions from working as backup doctors at abortion clinics when rare complications occur. The clinic where Reisinger-Kindle works is suing to block the law.

“There are days that are certainly challenging,” Reisinger-Kindle said. Young doctors eager to learn help keep him going. The program currently has 24 residents. They can opt out of abortion training, but he said nearly all have chosen to participate “in at least some capacity.”

He fears more abortion restrictions are coming, but adds: “In the long-term, I believe we will get this right. I just hope that my students don’t have to suffer.” 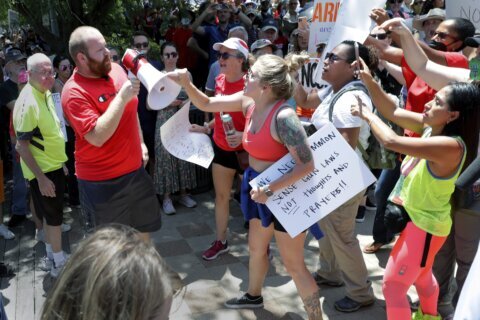 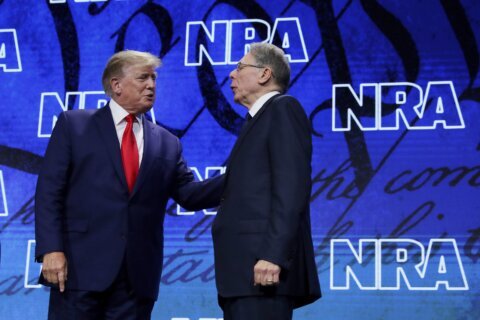