OLATHE, Kan. (AP) — A police affidavit released Wednesday says a student at a Kansas high school began shooting after an administrator and school resource officer demanded to search his backpack because of rumors the student had a gun.

The student, 18-year-old Jaylon Desean Elmore, fired five shots toward the school resource officer at Olathe East High School on March 4 before he was shot by the officer and subdued by the assistant principal, according to the affidavit.

Elmore’s “ghost gun,” was loaded with 13 9 mm rounds but a spent round blocked the gun’s slide from closing before more shots were fired, according to the affidavit written by Sgt. Jeremiah Waters, with the Johnson County Officer Involved Shooting Investigation Team.

Elmore was wounded along with assistant principal Kaleb Stoppel and Erik Clark, the school’s resource officer. Stoppel and Clark were released from the hospital the same day.

Elmore, who remains hospitalized, has been charged with attempted capital murder.

According to the affidavit, a student told school counselor Ann Book that students on a bus were talking about a student named Jay who was bringing a gun to school and had pulled it once on another student. Book reported that information to Stoppel.

Stoppel and another assistant principal, Leslie Simons, initially questioned a different student taking bringing Elmore to the office. When Stoppel told Elmore he wanted to search his backpack, the student became defensive, moved the backpack to the front of his body, and refused to let him search it, according to the affidavit. Stoppel then texted Clark to come to the office.

Clark told investigators that when he arrived and went to intervene, Elmore pulled out the gun and fired at him, prompting him to shoot Elmore. The affidavit does not say how many shots Clark fired.

Stoppel said he tried to grab Elmore’s gun and they ended up on the floor. He said he stayed on top of Elmore until the student started vomiting. He realized after he stood up that he and Clark had been shot. The affidavit does not say specifically which shots hit Stoppel. Simons was not injured.

After the shooting, Clark wrapped a tourniquet around one of his wounds and instructed Stoppel and Simons how to help Elmore. Principal Kerry Lane said she went to the office and, after confirming the gun was in Clark’s possession, left to begin locking down the school.

Elmore’s attorney, Paul Morrison, was not commenting on the case, according to a receptionist at his office.

Morrison had initially objected to the release of the affidavit, saying continuing coverage could poison a potential jury pool and could be “damaging” to students at Olathe East. He also noted the initial version included the names of other students who were interviewed. The students’ names were redacted from the document released Wednesday.

This story has been correct to show Sgt. Jeremiah Waters is with the Johnson County Officer Involved Shooting Investigation Team. 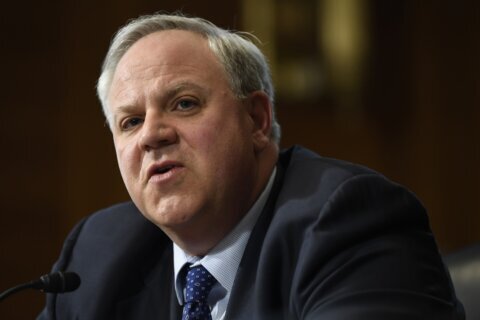