Coronavirus News: The nuance of dealing with COVID-19 | New cases in Montgomery Co. | 'Is It Normal Yet' Podcast: A perfect storm | Latest cases in DC region
Home » Education News » California man gets prison…

SAN DIEGO (AP) — The co-owner of a network of online charter schools who was accused of stealing tens of millions of dollars in California education funds was sentenced Friday to four years in state prison.

Jason Schrock, 46, of Southern California and his business partner, Sean McManus, 48, of Australia, also were ordered to pay $37.5 million in fines, according to the San Diego County district attorney’s office.

The county Board of Supervisors last month said the fines should be earmarked for programs to aid kindergarten-through-12th-grade students in the county, the District Attorney’s office said.

The case is one of the nation’s largest fraud schemes targeting taxpayer dollars intended for primary education,” the District Attorney’s office said.

Schrock and McManus ran A3 Education, which operated 19 online-only charter schools across California. Prosecutors said the company used a variety of schemes to inflate the schools’ enrollment in order to obtain state education funds, including getting small school districts to authorize online charter schools; paying sports leagues, camps and other youth programs to collect student information and distorting school year calendars and moving children between the online campuses to earn maximum funding.

The schools earned as much as $4,000 per student in state funding while providing “little to no education to most of the children enrolled,” and some parents weren’t even aware that their children were enrolled, the District Attorney’s office said.

McManus and Schrock also were accused of transferring more than $100 million in public school funds to private companies they owned and controlled under the guise of providing educational services.

In fact, much of the money went to line their pockets, prosecutors said.

McManus awaits sentencing. He was among about a dozen people charged in the case. Most already pleaded guilty.

In all, more than $220 million in stolen funds is being recovered, of which $14 million will be paid in restitution to the students of the charter schools, the District Attorney’s ‘s office said. Other funds will go to the state. 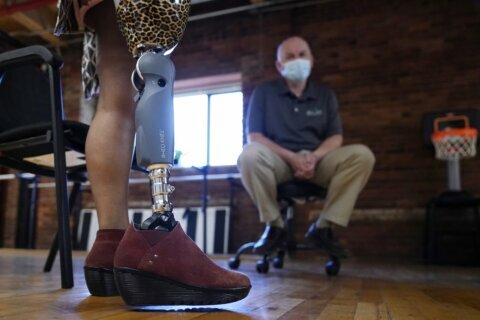