FORT LAUDERDALE, Fla. (AP) — Attorneys for the suspect in a 2018 Florida high school massacre told a judge Tuesday that the news media and public should be barred from all pretrial hearings, saying Nikolas Cruz’s right to an impartial jury will be irrevocably harmed if certain evidence is revealed before jurors are seated.

Chief assistant public defender David Wheeler told Circuit Judge Elizabeth Scherer that discussing during open pretrial hearings evidence that might be excluded or barred would “let the cat out of the bag” and create news coverage that would prejudice the potential juror pool.

Wheeler said the public’s view of Cruz, 22, has already been tainted by news coverage. Cruz is charged with killing 17 and wounding 17 others at Marjory Stoneman Douglas High School in Parkland on Feb. 14, 2018.

Prosecutors and lawyers for the news media argued that a blanket order barring reporters from hearings would violate Florida law. They said the defense needs to request a closed session each time specific evidence will be discussed that it considers prejudicial — and show how its public disclosure would harm Cruz’s fair trial rights.

Prosecutor Steven Klinger told the judge that Cruz’s attorneys can file generic motions that don’t describe in detail the evidence they want discussed in secret. The judge could then review the evidence in private to determine how to proceed. For example, he said, she had already done that, sealing portions of Cruz’s confession to detectives hours after the shooting.

“There are ways around this,” Klinger said.

News media attorney Deanna Shullman told Scherer that journalists are the public’s witnesses to assure that she, the prosecutors and the defense are all doing their jobs properly and should only be barred in extreme circumstances.

“Everybody thinks that access is about our ability to look at what the defendant did or a right to look at the evidence of his crimes,” said Shullman, who represented ABC, CBS, NBC, Fox News, CNN and several other media companies. “This is not at all what this is about. It is about the public’s right to oversee all the players in this process.”

The Associated Press is one of the media companies objecting to the closure, but is represented by a different attorney.

Scherer said she would rule next week, but seemed skeptical of Wheeler’s arguments. At one point she seemed prepared to halt the hearing and dismiss his motion before being talked out of it by Klinger, who said the defense should be allowed to present its full argument.

Under a 1982 Florida Supreme Court ruling, pretrial hearings are presumed to be open and the media can be barred only if the defense proves that a closed session will prevent “a serious and imminent threat to the administration of justice,” will actually protect the defendant’s right to a fair trial and no jury instructions or other remedies for any pretrial media coverage are available except moving the trial to a different county.

California trial consultant Bryan Edelman, testifying for Cruz’s attorneys, told the judge that studies show jurors who have been exposed to significant news media coverage are more likely to have a negative view of defendants’ credibility and likability, find them less sympathetic and are more likely to find them guilty. They are also more likely to consider evidence mentioned in the news media but excluded at trial, often wrongly believing they heard it during testimony, he said.

He said typical solutions such as questioning prospective jurors about their media exposure during selection and the judge’s standard jury instruction to disregard everything heard outside the courtroom aren’t effective in high-profile trials.

Edelman said there have already been numerous articles that he considers prejudicial to Cruz’s right to a fair trial, including reporting that he has confessed. Under cross-examination, he conceded he has not surveyed potential jurors in Broward County, but said “there is nothing special” that would make the area immune to such media influence.

Cruz, a former Stoneman Douglas student, has pleaded not guilty, but his attorneys have said he would plead guilty in exchange for a life sentence. Prosecutors have rejected that proposal, saying they will seek the death penalty. No trial date has been set.

This version corrects the spelling of the judge’s last name. 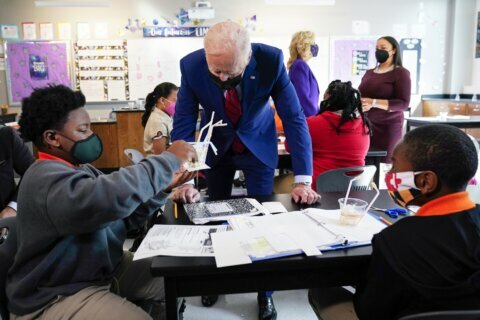 How to Apply to College for Free